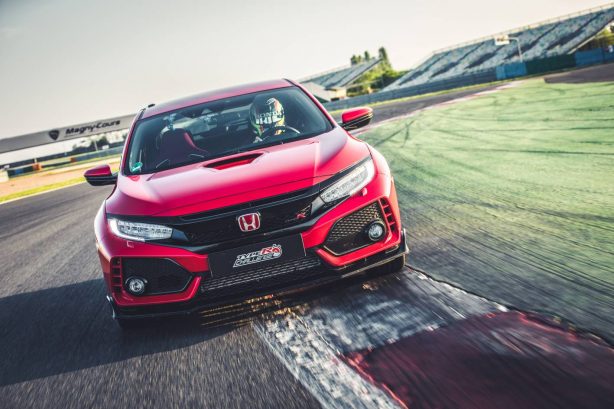 Following the debut of the Honda Civic ‘Type R Challenge 2018’ car at the Geneva Motor Show earlier this year, the world’s fastest hot hatch has set a new 2 minutes and 1.51 seconds lap record for a front-wheel drive production car at the Magny-Cours GP circuit in France.

The new benchmark time for the Magny-Cours circuit is the second lap record to be claimed by the new Civic Type R. In April 2017, a production development car became the fastest front-wheel drive production car ever around the Nürburgring Nordschleife, with a lap time of 7 minutes and 43.8 seconds. 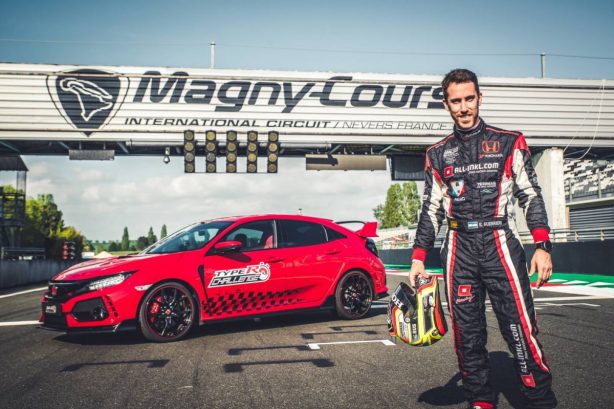 Behind the wheel of the Civic Type R at Magny-Cours was WTCR driver Esteban Guerrieri, who is contesting the 2018 FIA World Touring Car Cup in a Honda Civic TCR with Münnich Motorsport.

The Magny-Cours GP circuit is a 4.4km track with a mix of slow hairpins, high-speed chicane sections and long straights. With 228kW of power and 400Nm of torque produced from the 2.0-litre turbocharged engine, coupled with adaptive dampers and a comprehensive aerodynamic package, with a best-in-class balance between lift and drag, the Type R was perfectly suited to the French circuit. 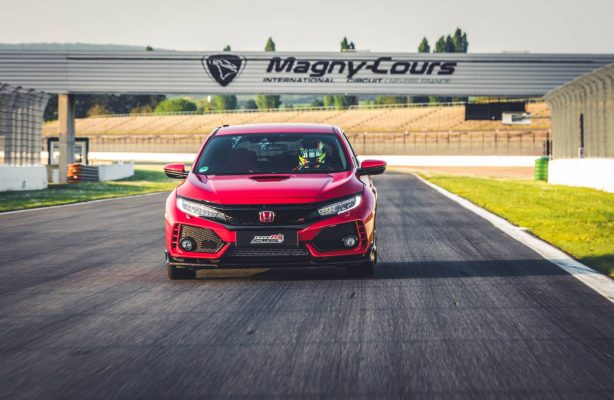 Speaking about the lap record, Esteban Guerrieri said: “The best thing about the Type R is that it gives you confidence. It’s very responsive and gives you good feedback. People call the Type R the ultimate performance hot hatch and we proved today that it really is; the car continues to push the boundaries of what’s possible from front wheel drive.”

Commenting on the flexibility of the Type R as a road and track car, Guerrieri added, “The beauty is we could use firmer ‘+R mode on track but then switch to the softer Comfort mode and drive home.” 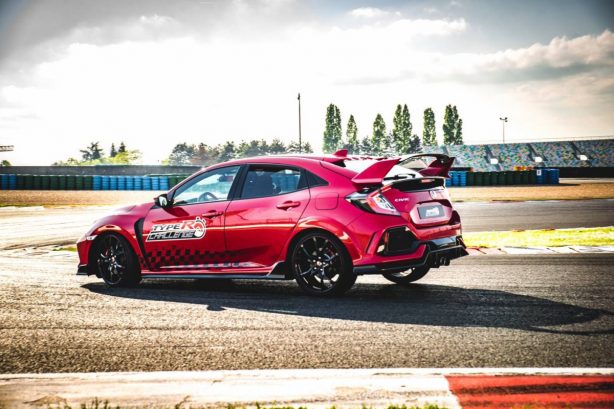 The benchmark time represents the first success in the Type R Challenge 2018, which will see a team of Honda racing stars attempt to break front-wheel drive production car records at a range of legendary European racetracks in a production specification Civic Type R.

A similar challenge in 2016 saw Honda set benchmark lap times at Estoril, Hungaroring, Silverstone and Spa-Francorchamps, using the previous-generation Civic Type R. For 2018’s endeavour – in addition to the new Magny-Cours record – Honda will aim to exceed the times set at these four circuits.