Honda City updated for 2017 with revised styling and new equipment 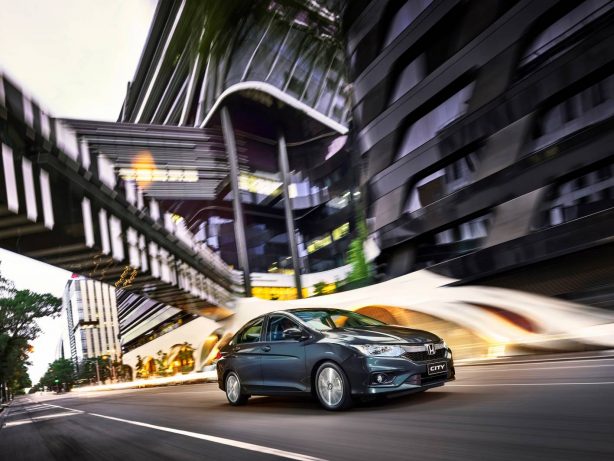 Honda has updated the City small sedan for 2017 with revised styling plus a host of new features and equipment.

Arriving this April as 2018 model, the new Honda City aims to build on its strong appeal with smarter packaging and competitive value. Over the past 12 months, the City command 35 per cent of the small sedan market.

“The Honda City has consistently been one of the preferred sedan models for private buyers in the Light car segment during 2016,” said Honda Australia Director, Mr. Stephen Collins.

“Although the overall Light under $25K segment was down by 16.1 per cent last year, Light sedans were actually up by more than four per cent, so their appeal to customers has strengthened over the past 12 months and is trending upwards.

“This latest update for the City range delivers a range of enhancements that improve the value proposition of Honda’s small sedan, as well as giving it a stronger stance and bolder appeal, picking up key design cues from the 10th generation Civic.” 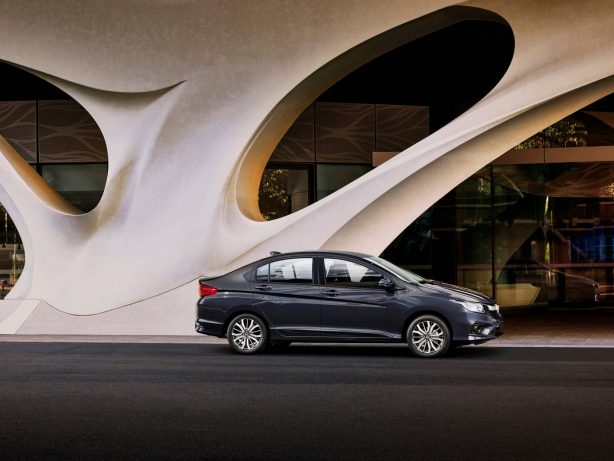 All 2018 City models gain a restyled front fascia design, incorporating LED daytime running lights (DRLs), redesigned front grille and headlights, and a revised front bumper, which all combine to give it a lower, wider stance and increased road presence.

The rear bumper has also been redesigned, while new wheel trims on the VTi and new multi-spoke 16-inch alloy wheels on the VTi-L complete the freshened exterior package. A new metallic paint colour called Cosmic Blue has been introduced with the 2018 update, while Brilliant Sporty Blue metallic and Crystal Black pearlescent have been discontinued.

On the inside, all City models gain a new, simplified seven-inch touch screen audio system, along with new gunmetal tones on the instrument panel and silver accents around the air vents and transmission lever.

For the City VTi-L, an integrated satellite navigation system and leather-appointed seat trim are both now fitted as standard equipment. 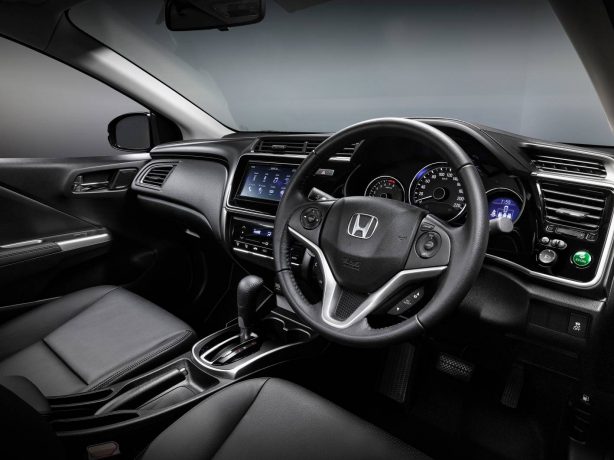 The 1.5-litre four-cylinder engine carries over to the updated model unchanged. It produces 88kW at 6,600rpm and 145Nm at 4,600rpm. Driving the front wheels, transmission options include a six-speed manual or six-speed automatic.

Pricing for the entry City VTi manual remains unchanged at $15,990 plus on-road costs, while the City VTi-L has received a nominal increase of $200 to $21,590 plus ORCs justified by the inclusion of more than $2,000 of additional equipment and features.