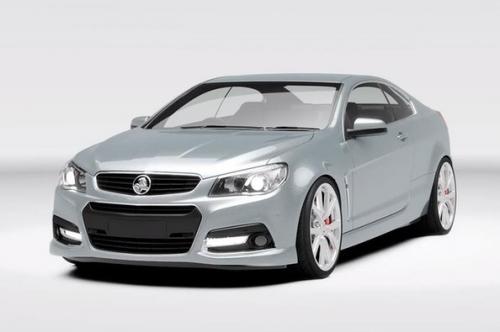 Since the last Holden Monaro went out of production in 2006, the question remains as to whether Holden will revive the Commodore-based coupe. So far, concepts have been the furthest Holden have got to. And here is another depiction of a new Monaro that has just surfaced.

Based on the new Holden VF Commodore, this latest VF Monaro concept is the works of Holden designers Peter Hughes and Simon Gow, who were part of a secret project to envision the coupe together with design company Dsine International.

The new Holden Monaro shares the front and rear designs of the VF Commodore but loses two rear doors and adopts a low-slung roof line for that sleek coupe shape.

As much as we like to see the green light for a new Holden Monaro, we don’t expect this depiction to go any further than just a concept. “We don’t want people to hold out for a car we’re not going to build. We want them to buy a Commodore,” said a Holden insider, who insisted the leak was not a publicity stunt.

Do you think Holden should build a new Monaro? Tell us in the comments section below.