Holden Commodore SS-based Chevrolet SS could get a replacement 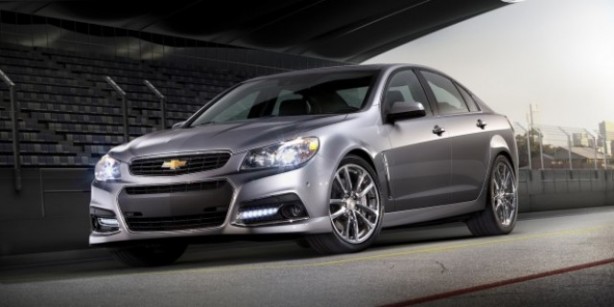 The Holden Commodore SS-based Chevrolet SS sports sedan could get a replacement even after the Holden factory in Australia is shut down next year – according to a recent media report.

Speaking to our friends at CarAdvice at the 2016 New York Auto Show recently, Chevrolet Camaro’s chief engineer, Al Oppenheiser, revealed that despite lackluster sales in the US, the Chevrolet SS has gotten better over time.

When asked whether the Chevrolet SS will be discontinued when Holden shuts its Elizabeth plant, Oppenheiser said the company hasn’t confirmed plans to phase out the SS and “maybe” the model could be replaced.

“We haven’t announced an end date to it, so we’re just … we know that there are some decisions made on the Zeta [platform], that are imminent, and right now we’re just focused on the new ’17 model, which is great. It has the LS3 with the manual and the active exhausts, and it’s a great car.”

However, when pushed for details about a potential successor, Oppenheiser refused to elaborate on whether the car could be equipped with a V8 engine or in right-hand drive configuration. He merely said: “I support whatever the leadership looks at, and if there’s opportunity, we will take it. If there’s not, we would communicate that.”

Although according to CarAdvice, Oppenheiser did reveal a right-hand-drive version of the Chevrolet Camaro is also under consideration.