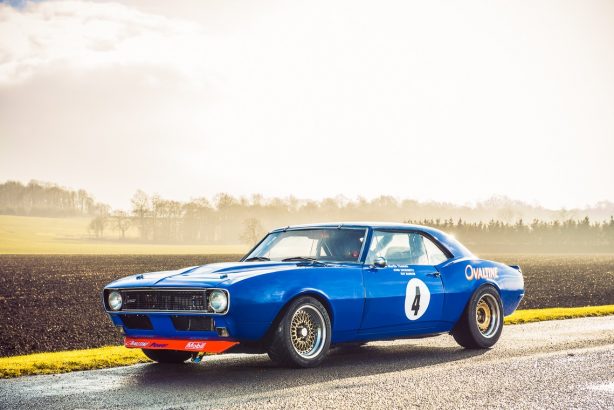 A remarkable 1968 Chevrolet Camaro racecar with important race history has been put up for auction by Silverstone Auctions.

The car is highly regarded in motorsport history having achieved significant victories and podium positions at British and other European events in period, including an unforgettable performance in the historic Iberia Trophy Race at Crystal Palace circuit, forever immortalised as one of the BBC’s ‘100 Greatest Sporting Moments’.

As well as proven success and racing history, the car has had just two owners in its life.

“This cracking Camaro has the stance and presence of a serious racing car, and rarely do competition cars with this history and provenance come to market,” explains Adam Rutter, specialist car consignor, Silverstone Auctions, who has given the car a pre-sale estimate of £65,000 to £75,000. 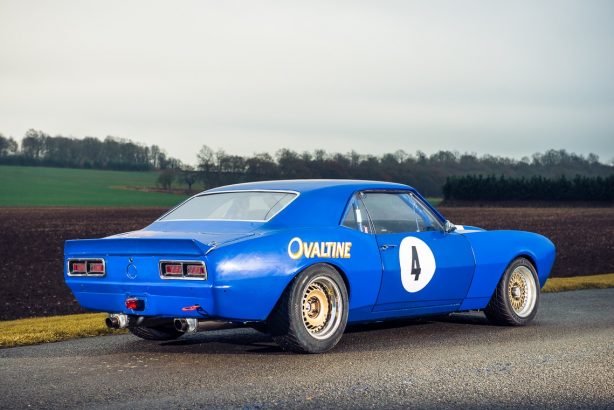 The Camaro was first purchased by Bill Shaw Racing to be prepared specifically for the 1970 British Saloon Car Championship season. Fitted with a 5-litre small-block V8 engine, the American muscle car began its racing career at the hands of none other than Roy Pierpoint, the former British Saloon Car champion, joined by Martin Thomas.

For the 1971 season, the Camaro was then passed into the capable hands of Martin Thomas who went on to compete on home soil as well as abroad, securing victories at the International European Meeting at Magny-Cours, the Beech Trophy at Silverstone, the Miller Craft meeting at Thruxton and a string of other fine podium finishes.

However, it was at the BSCC Iberia Trophy Race at the now defunct South London circuit of Crystal Palace where the Camaro made its most historic and memorable appearance to date. Racing alongside Mike Crabtree in a Ford Escort RS1600 and Gerry Marshall in a Vauxhall Viva GT in a tense and gripping battle, the three drivers raced nose-to-tail for the entirety of race. Thomas and the Camaro held onto first position for almost every lap, until spinning out during the penultimate lap, leaving Crabtree to cross the line in first position.

After two further seasons the Camaro was retired from racing in 1973 and retained by Thomas. However, in the early 1990s, he decided to rebuild the car and return it to circuit, running a 5.0-litre V8 engine mated to a four-speed close-ratio Muncie ‘rock-crusher’, with a fresh, blue livery which it still retains today. 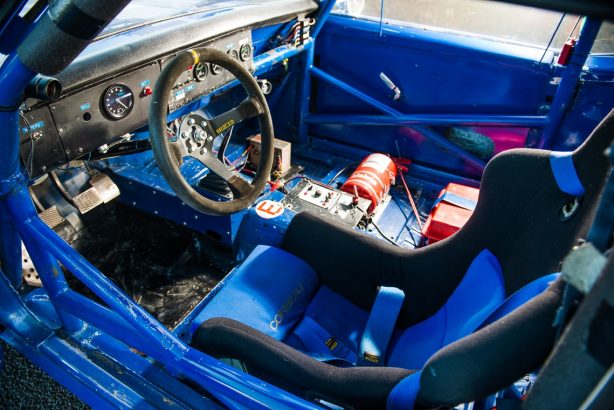 In 2004 the car was then sold to the current owner, who has continued to successfully compete the Camaro at the Heritage Grand Touring Cars, the Aston Martin Owners Club Masters and Classic Sports Car Club events.

The Camaro has also been part of a number of special appearances, including the 50th Anniversary of the BTCC at Silverstone, BBC’s Top Gear 50th Anniversary of Touring Cars and a special recreation of the famous 1971 Iberia Trophy Race , as part of ‘Motorsport at the Palace’ in 2014.

“This Camaro has a strong following and reputation and is well known on the racing scene”, continues Rutter. “I have no doubt that it would be welcomed by organisers anywhere and it is the perfect candidate for blue riband events like the Gerry Marshall Trophy at the Goodwood Members Meeting, or perhaps the HSCC Historic Touring Car Championship. BSCC fans have a unique opportunity here to own a really special car.”

The Camaro is supplied with a pair of steel doors, old FIA papers, magazines and a wonderful history file. The Silverstone Auction is to be held at Race Retro International Historic Motorsport Show at Stoneleigh Park, on 24th February 2017.

To find out more about the car and Silverstone Auction’s sales at Race Retro, visit http://www.silverstoneauctions.com/chevrolet-camaro-race-car—ex-martin-thomas.