Hacker discovers Tesla Model S P100D may be in the works 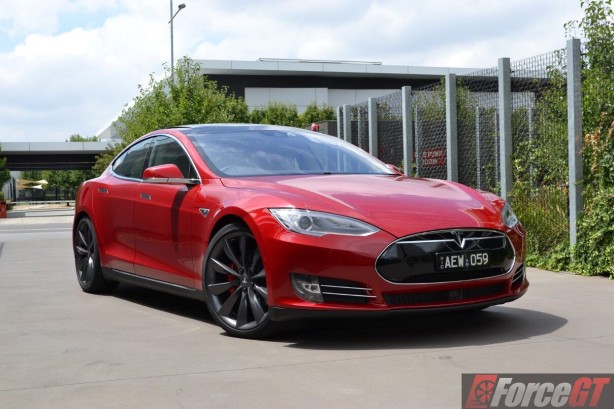 Some of the best-kept company secrets eventually find their way into the public domain and usually all it takes is one determined person to uncover and leak the hidden gems.

This is just what happened to Tesla just a few days ago, an ingenious reverse engineer by the name of Jason Hughes deconstructed the company’s latest Model S firmware and managed to uncover a logo of the P100D; an undocumented and potential future range topper for the Model S range.

Jason wasn’t completely open about the discovery, he presented his findings in the form of a SHA256 hash to be deciphered by the Tesla community as a challenge.

If you are unfamiliar with Tesla’s naming convention, the P100D would represent a high-performance variant with a 100kWh accumulator in a dual motor configuration. Currently, the P90D is Tesla’s range topper also featuring the same dual motor configuration but with a smaller 90kWh pack. On a full charge, it provides a range around the 500km mark and can sprint from 0-100km/h in just 3.0 seconds, thanks to its Ludicrous 397kW output. The P100D’s increased accumulator size along with further driveline enhancements could see the vehicle break the 600km mark.

Moreover, the P100D isn’t the only discovery Hughes made, although he is a bit tight-lipped of the news. On the Tesla Motor Club forum, he stated: “There are quite a few things that are in the firmware that I’m not prepared to share publicly. Just like the P100D has been in there for months with my lips mostly sealed. I don’t want to spoil all of Tesla’s surprises.”

Following the announcement, Jason claims Tesla may have attempted to downgrade his vehicles firmware to prevent further discoveries. In a tweet exchange between Jason and Elon Musk (Tesla CEO), Musk dismisses his involvement, instead praising Jason’s abilities.

@wk057 @TeslaMotors Wasn't done at my request. Good hacking is a gift.