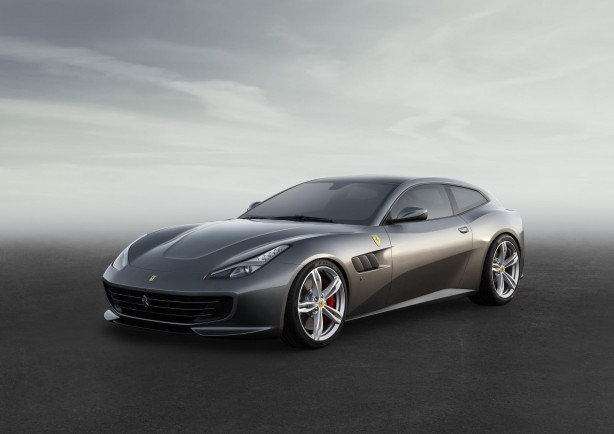 Ferrari has taken the wraps off its new four-seater Ferrari GTC4Lusso, which is hailed as a major evolution of the Grand Tourer concept by integrating rear-wheel steering with four-wheel drive for the first time.

The Ferrari FF replacement is said to bring unprecedented versatility to Ferrari driving and is expected appeal to the company’s younger client base. 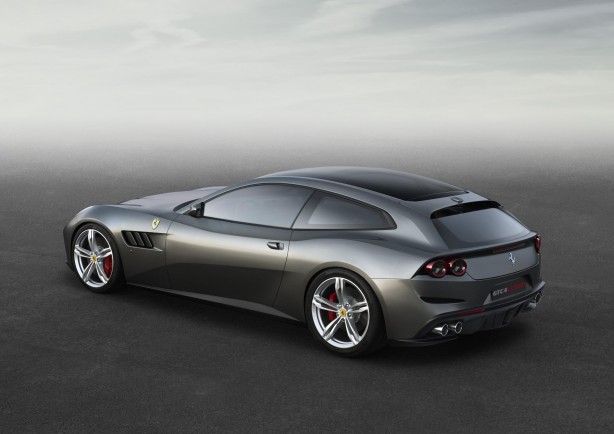 The GTC4Lusso’s name references illustrious predecessors, such as the 330 GTC or its 2+2 sister model, the 330 GT – one of Enzo Ferrari’s favourites – and the 250 GT Berlinetta Lusso, which represented a sublime combination of elegance and high performance. The number 4 alludes to the car’s four comfortable seats.

The grand tourer is powered by Ferrari’s 6.2-litre V12 engine punching out a massive 486kW at 8,000rpm and 697Nm of torque at 5,750rpm, with 80% available at just 1,750rpm. The GTC4Lusso’s soundtrack is said to brilliantly reflect the car’s multifaceted personality: rich and powerful in performance driving and discreet yet harmonious in the city. 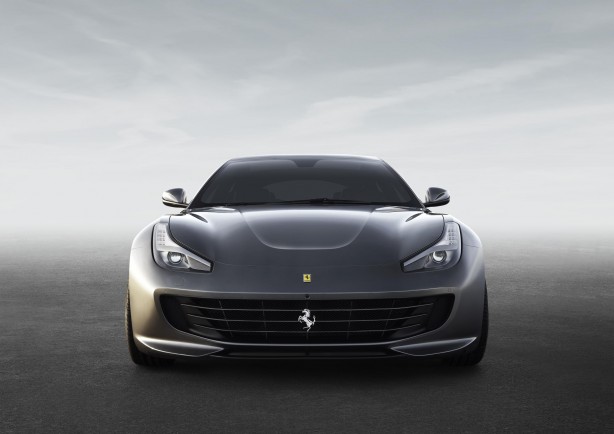 Power is sent to all four wheels via the Ferrari-patented 4RM Evo four-wheel drive system, which is integrated with rear-wheel steering for the first time. The result is the newly-patented 4RM-S (four-wheel drive and steering) system which, based on yet another exclusive Prancing Horse patent, the latest evolution of the Slip Side Control (4.0) system, now incorporates the electronic differential (E-Diff) and the SCM-E dampers. All these sophisticated vehicle dynamics controls are seamlessly integrated by Ferrari’s proprietary software and enable the driver to effortlessly handle the GTC4Lusso’s extraordinary torque even on snow-covered, wet or low grip roads. The new-generation SCM-E damper control is also claimed to contribute to improving performance on rough surfaces and, of course, to superior ride comfort.

The GTC4Lusso’s high levels of performance are also due in part to new aerodynamic solutions, not least a new front grille with integrated air intakes to improve the efficiency of the radiating masses, the air vents on the wing that recall those of the 330 GTC, a roof-mounted rear spoiler and a new triple-fence diffuser. The combined effect of these features is a Cd value that is substantially lower than on the FF. 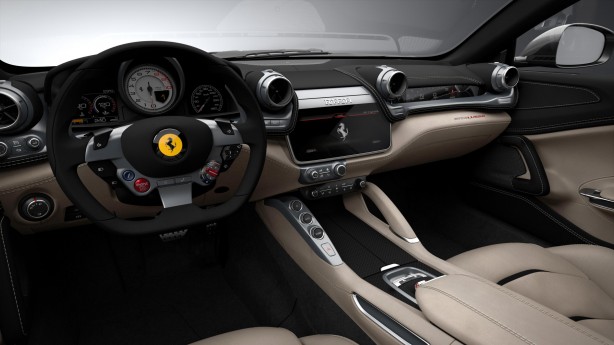 Inside, its Dual Cockpit architecture is said to be another first, designed to enhance the shared driving experience for both driver and passenger, with the latter having their own generous optional display with a plethora of functions. 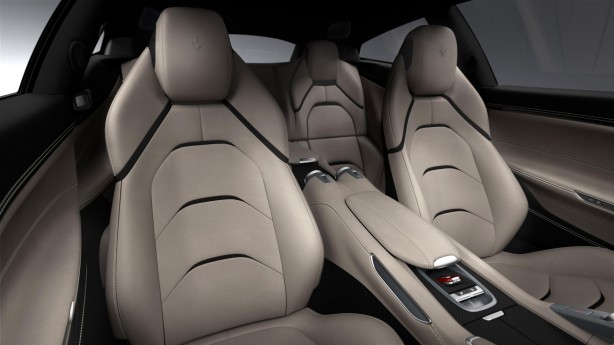 The GTC4Lusso also debuts the new Infotainment platform featuring a 10.25” HD screen with capacitive touch technology. The new steering wheel is more compact thanks to a smaller air bag and the integrated controls are more ergonomic than ever, making for an even sportier driving experience.

The Ferrari GTC4Lusso will make its official world debut at the Geneva Motor Show in March.