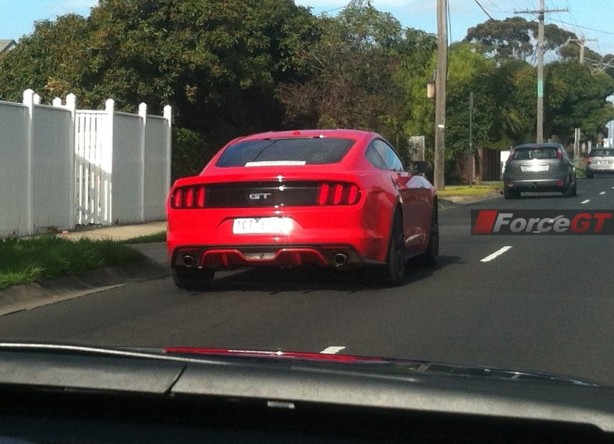 The all-new Ford Mustang is not due to arrive into Australian showrooms until the fourth quarter of this year, but an early specimen has been caught today testing on Australian roads.

The early arrival of the new Mustang was a surprise, but it can only be good news for those who have been waiting for months to get their keys to the iconic American muscle car. To date, more than 1,200 orders have been placed for the 2016 Ford Mustang, and the order book is showing no signs of stopping, as some 15,000 fans and intending buyers have also requested more information about the car via the Ford website.

Don’t get overly excited however, as the red mustang, snapped by one of our photographers in the streets of suburban Melbourne, is only a left-hand-drive engineering evaluation vehicle. This means the blue oval is sticking to plan for a late 2015 launch, after the completion of all fine tuning for local conditions by the company’s Australian engineering arm. 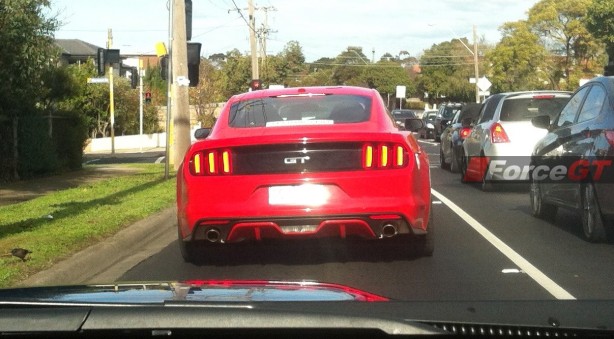 Pricing for the new Ford Mustang starts from just $44,990 for the six-speed Getrag manual Mustang Fastback, which features a high-performance 2.3-litre EcoBoost engine producing 233 kW / 432 Nm. A six-speed automatic is a $2,500 option.

Customers will initially be able to option their Mustang I4 and GT Fastback with OTT racing stripes and black painted roof, 19-inch Premium Wheels with Lustre Nickel finish on the GT and prestige paint.

The new Mustang features a significant number of innovative technologies providing drivers with enhanced information, control, and connectivity when they want it. 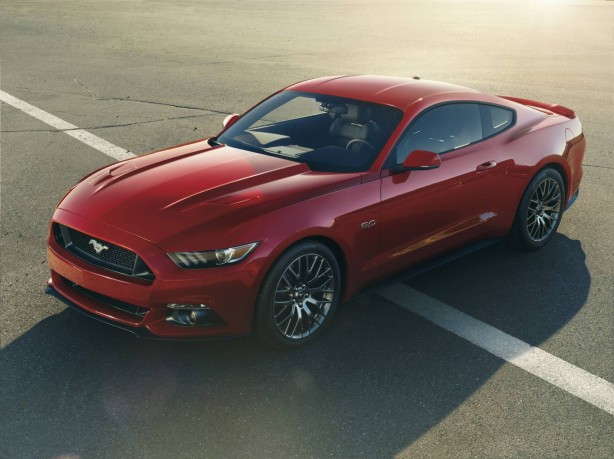