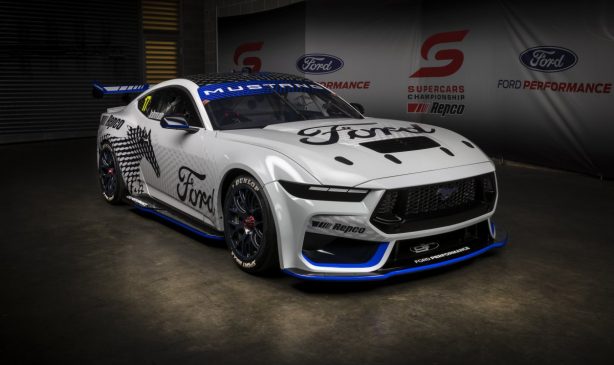 The first race-prepared seventh-generation Ford Mustang has made its first global appearance at Mount Panorama today ahead of the Bathurst 1000 race weekend.

The 2023 Ford Mustang GT ‘Gen3’ Supercar was uncovered in the pit lane at Mount Panorama in full racing guise.

The road-going variants of the seventh-generation Mustang were revealed in Detroit last month, with computer-generated images of the race cars shown at the same time. 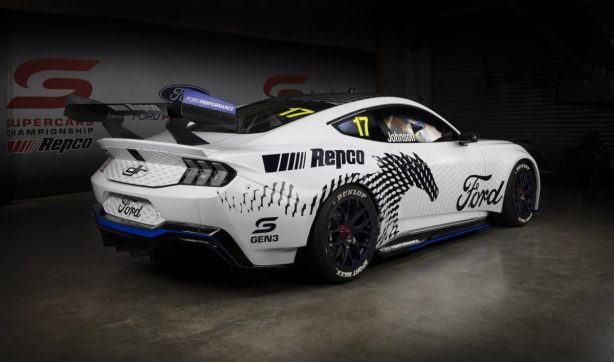 Closely resembling the road-going Mustang, the Gen3 Supercar features a low bonnet and wider body, with the production-based Coyote V8 engine tweaked to power the racecar with 600hp (447kW).

The Mustang Supercar has been built by Ford’s homologation team Dick Johnson Racing, in conjunction with Ford Performance, in preparation for the 2023 season when a new era of Supercars racing begins. 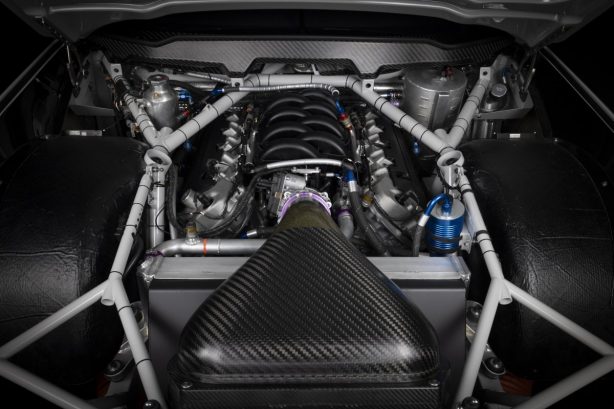 Johnson, the Ford legend whose namesake team is celebrating the incredible milestone of 1000 races this weekend, will drive the car for the first time at the iconic 6.2km Mount Panorama circuit.