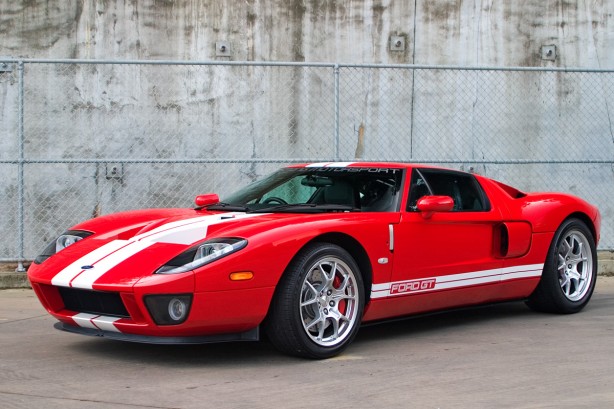 There have been widespread rumours that Ford is planning a successor for the venerable Ford GT (2005 Ford GT shown above). Back in 2011, we reported that such a model was in the works and could potentially be equipped with a hybrid powerplant churning out around 448kW.

It seems that the company is now ready to showcase the car, which is rumoured to launch at the 2015 Detroit Motor Show in January next year.

According to American publication, Carscoops, Ford is planning a limited-run of around 1,200 vehicles powered by a more conventional V6 EcoBoost engine instead of a hybrid generating at least 600HP (448kW).

If true, the new GT’s debut will mark the 50th anniversary of Ford winning the Le Mans 24 Hours.