Ford FPV GT F sedan to get 351kW supercharged V8 – most powerful, ever 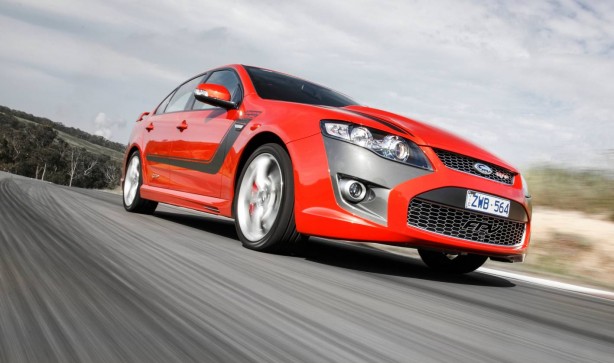 Ford Australia has confirmed that the celebration FPV GT F sedan (GT-P sedan shown here), to be launched in June this year, will be powered by a 351 kilowatt supercharged 5.0-litre V8 engine.

Developed to pay homage to the 351-cubic-inch-5.8-litre V8 Falcon GTs of the early 1970s, which made the model so iconic on the race tracks and streets of Australia, the limited-edition FPV GT F sedan will also be the most powerful Falcon GT ever produced by Ford’s Broadmeadows plant.

To produce this landmark sedan, FPV’s 5.0-litre supercharged V8 engine has had its engine and transmission electronic control systems recalibrated, to produce a benchmark-setting 351kW of power at 6,000 rpm.

That’s up 16 kW from the most powerful previous model FPVs, including the most recent limited-edition GT RSPEC in 2012.

“I am delighted to confirm that we are going to deliver what our fans have being asking for -V a vehicle that pays homage to the iconic Falcon 351 GT,” Ford Australia President and CEO, Bob Graziano, said.

“Ford’s 5.0-litre supercharged V8 is an absolute state-of-the-art V8 performance engine, and in the up-coming GT F sedan will deliver more power and torque than even its larger capacity forebear. And we’ve been able to do all of this by simply unlocking the latent performance that’s already there.” 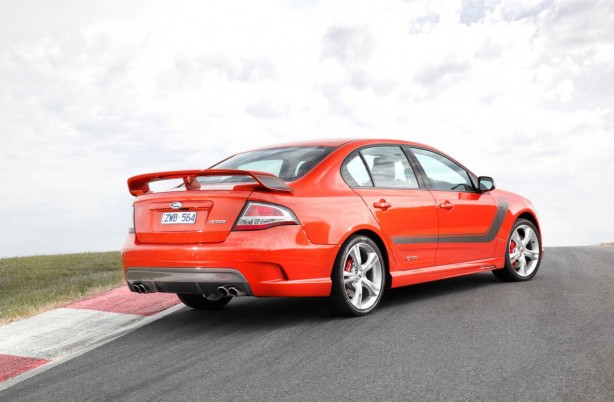 The 351 GT name is synonymous with Australia’s racing heritage formed at racing circuits throughout the country, including the celebrated 1000km enduro at Bathurst.

The GT F sedan will also sport iconic GT F 351 badging with inset orange colouring on the -‘GT’ script of the badge, harking back to Ford’s heroic race-bred GTs.

To achieve the engine’s landmark output, Ford’s engineering team developed an updated version of its Powertrain Control Module (PCM) software which, combined with a unique calibration strategy and torque management techniques, has provided a number of improvements in engine and vehicle performance while ensuring the vehicle meets Ford’s durability requirements.

Specifically, the new software has delivered improved functionality of the boost control system, enabling finer tuning of the supercharger for further optimisation of the power and torque output of the engine.

This electronic management has also ensured that while power is improved, no extra load has been placed on the driveline or the engine components themselves, ensuring continued durability.

As a result of this fine tuning, maximum torque remains at 570 Nm of torque from 2,500 – 5,500 rpm. However, peak torque is produced for as long as possible throughout the full engine rev range, making the new GT F sedan even more responsive on the road or for track days. 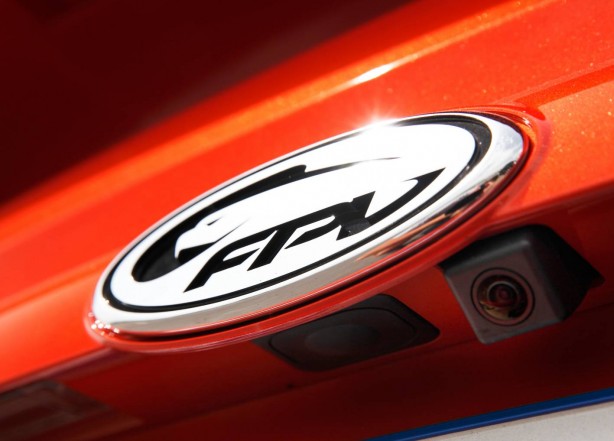 The chief program engineer for Falcon and FPV, Peter de Leur, said the electronic refinements had resulted not only in improved performance times but importantly, an increased vehicle performance feel reflecting the strong results observed from the initial dyno work done on the engine.

“Ultimately too, apart from outright performance, our FPV customers expect their vehicles to have high levels of refinement and all-round driveability,” he said.

“For all of those reasons we believe that the GT F 351 will be one of the most collectable FPVs ever.”

The FPV GT option of Brembo 6-piston front and 4 piston rear brakes will be standard on the GT F 351.

Visually, the design cues of the GT F 351 can be traced back to Ford GTs of the past, with the team developing a ‘stealth’ stripe design package that is evocative of the blacked-out highlights from Ford muscle cars of the 1970s, complimented by distinctive GT F badging.

The GT F 351 will feature standard matte black stripes across all colours, plus a performance white option on Kinetic only and metallic gold available on Silhouette. Silver stripe options will be available on Smoke and Silhouette.

“The GT F is a celebration of the GT and of Ford’s history in Australia and our dedicated team have made sure this vehicle can stand proudly beside any GT products of the past – and any Ford performance vehicles in future,” Ford Australia President and CEO, Bob Graziano, said.

“Importantly, too these passionate staff will continue to design Ford vehicles into the future as part of Ford’s 1100 strong design and engineering base in Australia.”

Featuring the design cues of the GT F including the unique stripe package, the Pursuit Ute will be limited to just 120 units.

The Pursuit Ute will feature a GT front bar, F6 side-skirts and GT wheels and will be available in the same colour palette and stripe package options as the GT F.