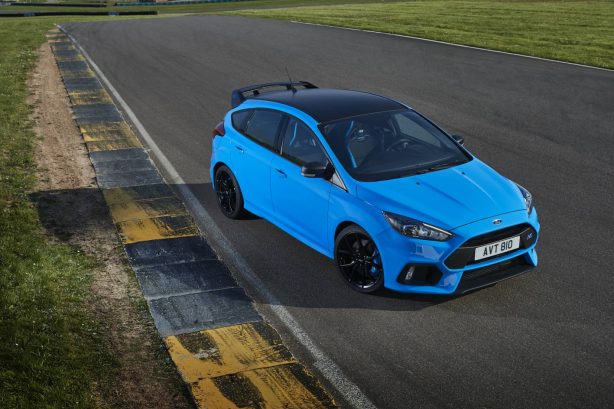 The Ford Focus RS Limited Edition has been confirmed for the Australian market in what will be one of the most capable, complete hyper hatches ever offered to performance customers locally.

A batch of 500 Focus RS Limited Editions will begin arriving in November 2017, enabled by the strong appetite for the performance hatch since its July 2016 launch. Priced from $56,990 plus on-road costs, the special edition RS fetches a premium of $6,000 over the standard Focus RS, but brings a raft of performance bits including Quaife limited-slip front differential and Recaro shell seats with exclusive Nitrous Blue leather application.

“Ford’s performance models are an important part of our line-up, and we’re excited to offer Australians an even more capable version of the Focus RS, which has struck a chord with driving enthusiasts across the country,” said Ford President and CEO Graeme Whickman.

“The RS Limited Edition is a result of enthusiast customer feedback which helped us create the hottest RS yet with 500 units confirmed for Australia,” added Whickman. 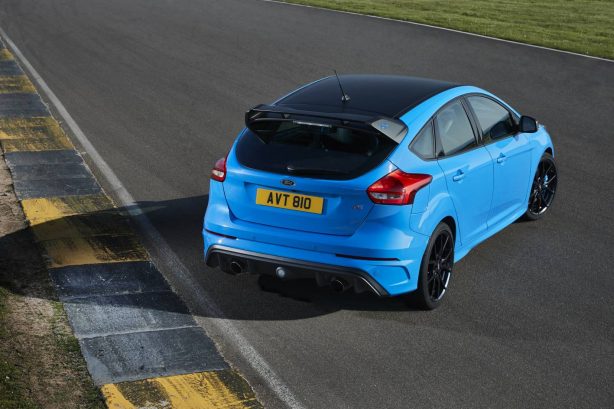 The Focus RS Limited Edition adds the following benefits above the Focus RS:

Every Focus RS Limited Edition is equipped with a Limited-Slip Differential (LSD) as standard to improve the RS’s already impressive traction and cornering capabilities. Ford Performance has worked with Quaife, a UK-based engineering outfit, to produce a helical mechanical LSD for the RS’s front axle. Unlike a conventional plate-style limited-slip differential, the Quaife differential relies on gears rather than clutches for its operation. This produces smoother operation and means it will not lock harshly, as it automatically biases the torque away from the spinning wheel, across the axle to a constantly varying degree.

“Improving on the thrilling driving dynamics of the Focus RS is no small task – but our Ford Performance engineers have delivered a drivetrain capable of wringing every drop of performance from the engine,” added Hameedi.

The Quaife differential will be teamed with the Performance Wheel Pack that brings forged alloy wheels, which is a $3,500 option on the regular Focus RS. The lightweight wheels are wrapped in sticky Michelin Pilot Cup Sport 2 tyres.


According to Ford, the Focus RS Limited Edition is built on the fit-for-purpose no frills mantra of Ford Performance during the vehicle’s development, with minor aesthetic changes designed to maximize the road presence and technical advances of its aerodynamic package.

Exclusive Recaro shell-seats are standard in the RS Limited Edition, and include a unique Nitrous Blue detail to match the exterior paintwork. In addition, SYNC 3 including voice-activated sat-nav, Apple CarPlay and Android Auto is standard, with an 8.0-inch full-colour touchscreen.

The sophisticated AWD system enables Dynamic Torque Vectoring, which means that the Focus RS can split its torque not only front-to-rear, but also side-to-side for unprecedented road-holding. Selectable drive modes allow driver to alter steering, engine and exhaust settings, as well as adjust the dampers and Launch Control.