Ford confirms compact pickup to sit under the Ranger 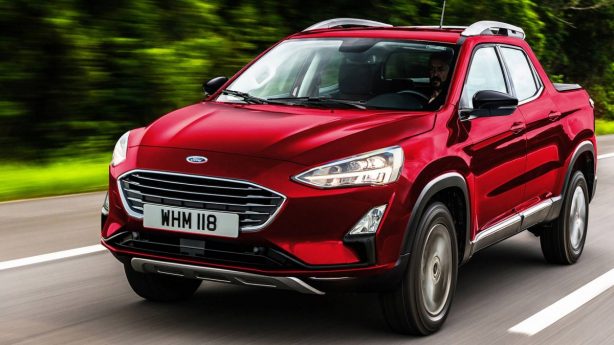 Ford has announced it will be building a small pickup using the next-generation Focus’ unibody platform to slot below the Ranger.

Speaking at an auto industry conference in Detroit, Ford’s global vice president for marketing and sales, Jim Farley confirm told news media we “can expect new name plates below where we compete today” and that the company is “investing in more affordable versions of our truck business.”

According to reports out of South America where the pickup is targeted, Ford’s baby ute will ride on a long-wheelbase version of the latest Focus’ platform. Power will reportedly come from either a 1.5- or 2.0-litre EcoBoost four-cylinder engine driving the front wheels. An all-wheel drive system will be offered as an option.

Blue Oval reportedly plans to build the unibody pickup in Mexico for export to South America as well as the United States starting in 2021.

Being a ute-mad country, it will be interesting to see if Ford Australia puts its hands up for the small ute. The last small ute on sale in Australia was the Proton Jumbuck, which was based on the Proton Wira.