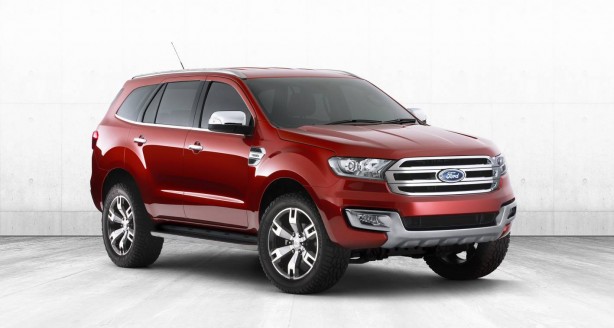 Ford Australia has today given the Australian media a glimpse into their future products. And there are lots to get excited about.

In one of the company’s biggest PR event ever undertaken, Ford local arm is estimated to have spent close to $4m (more than double the amount for a 10 day motorshow stand) to host an extravagant event to select members of the media, VIPs and dealers that showcases the company’s future lineup.

It is design to win back customers’ confidence after the announcing the death sentence on the locally made Ford Falcon, and with it, local manufacturing. In an unprecedented acceleration of new vehicles launches, Ford will refresh its entire vehicle lineup in Australia by 2017, offering 11 global vehicles with a full family of passenger cars, SUVs and commercial vehicles.

“We also are committed to Australia as one of our product development centres of excellence, with talented designers and engineers creating vehicles and technologies here in Australia for the world.”

Speaking at the event, Ford Australia’s President and CEO, Bob Graziano, said Ford in Australia was entering a new phase.

“Our customers, our employees and Australia can be assured that we’re connected to the nation and committed to our customers through terrific products with class-leading technologies,” he said.

“Driven by our One Ford strategy of serving customers in all markets with a full range of competitive vehicles and leveraging our global capabilities, the award-winning Ford Fiesta, Ford Focus, Ford Mondeo, Ford EcoSport, Ford Kuga, Ford Ranger and Ford Transit are global platforms that are underpinned by world-class design, engineering and technology.” 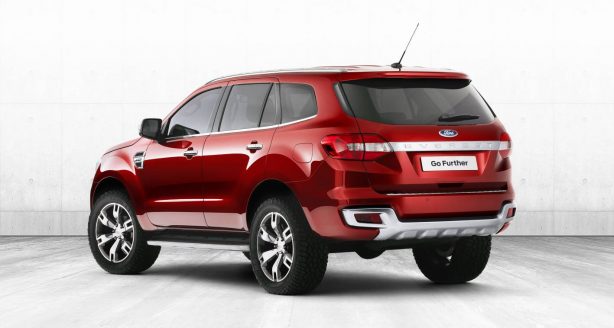 Australia also got a first look at a seven-seater design concept called the Ford Everest Concept, which was created by the Ford design and product development team in Australia, enhancing Ford’s already strong SUV line-up, which includes the Ford Kuga and Ford Territory and soon the new Ford EcoSport.

“This is our vision for a large, seven-seat off-road SUV to allow our customers to take on the world and it was created by our world-class design team here in Australia,” said Mark Fields, Ford’s Chief Operating Officer.

“We believe our customers will love the distinctive design, which clearly showcases the Ford Everest Concept’s exceptional off-road capability and toughness.”

Fields said the Ford Everest Concept was unmistakably a new member of the Ford family. 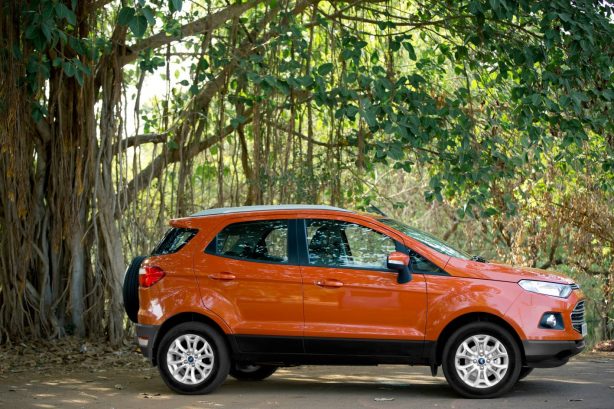 One of the products coming to a Ford dealer near you is the Ford EcoSport mini-SUV, which goes on sale in December. It’s based on Ford’s global B-segment platform that also underpins the Ford Fiesta.

“It will also present them with a fantastic choice that will be a perfect complement to our SUV portfolio.”

The new Ford EcoSport will meet the increasing customer demand for small SUVs in Australia, which Ford expects to grow significantly over the next few years.

“We expect the rugged Ford EcoSport to appeal to a new generation of customers who are looking for an agile SUV with excellent dynamics, flexibility and multi-purpose practicality,” Graziano said. 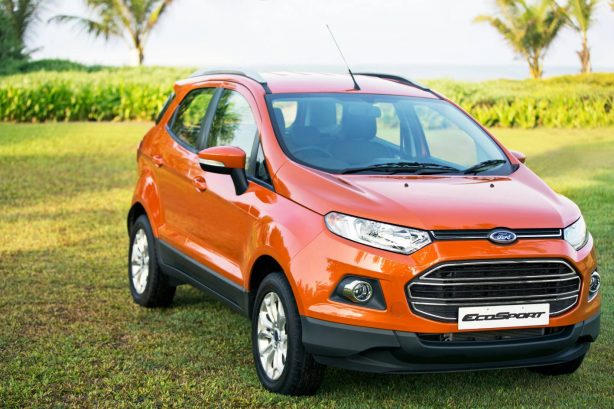 The vehicle has undergone millions of kilometres of testing, including here in Australia, over the most rigorous roads as well as being tested in the most demanding climates across the globe.

It is powered by a 1.0-litre EcoBoost 3-cylinder turbocharged engine that is said to deliver the power and performance of a traditional 1.6-litre engine. On paper, it produces 92kW and a peak torque of 170Nm from 1,400 – 4,500rpm. The Ford EcoSport will also be available with a 1.5-litre petrol engine with twin independent variable camshaft timing. 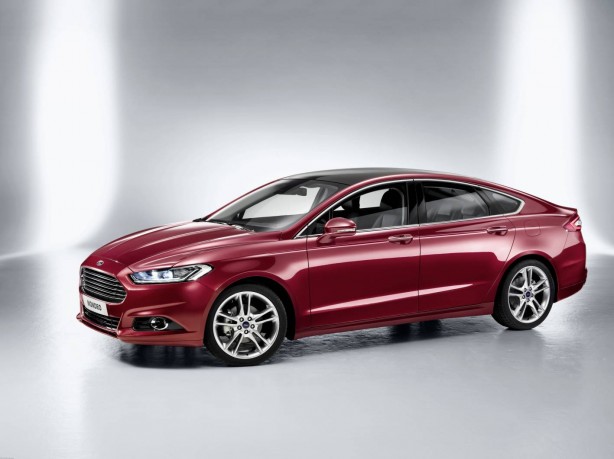 The next-generation Ford Mondeo is also set to join the local lineup in the second half of 2014. In a first for a Ford, the Mondeo comes with inflatable seatbelts that are designed to reduce head, neck and chest injuries for rear seat passengers.

Australian Mondeo customers will have a choice of hatch and wagon, power by either a new 1.5-litre EcoBoost, 2.0-litre EcoBoost or 2.0-litre Duratorq turbo diesel engines. 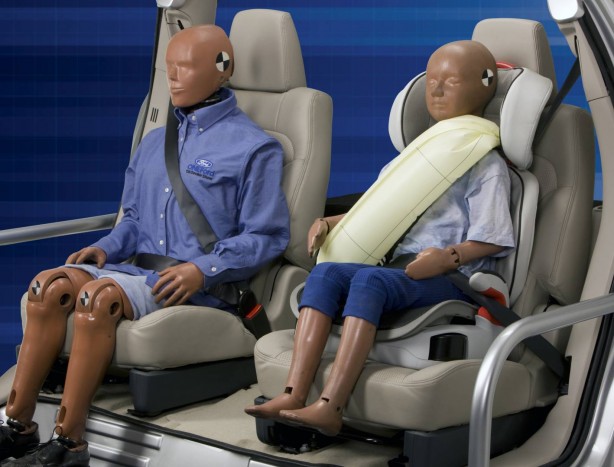 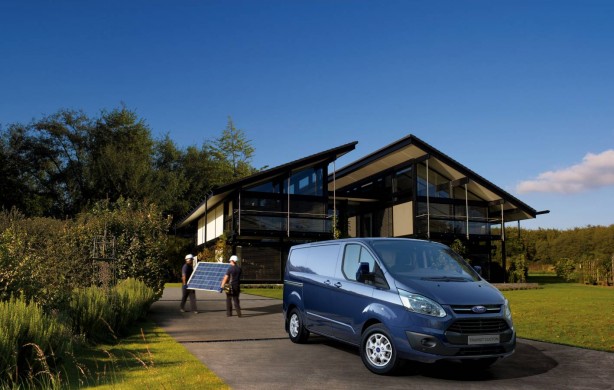 Finally, the all-new Ford Transit range will arrive early next year. Designed to be the most stylish and safest Ford Transit ever, it combines a car-like interior and driving experience, with class-competitive load-carrying ability.

Besides the aforementioned new products, Ford’s global MyKey technology will be launced in the Ford Fiesta ST hatch when it goes on sale in September 2013. 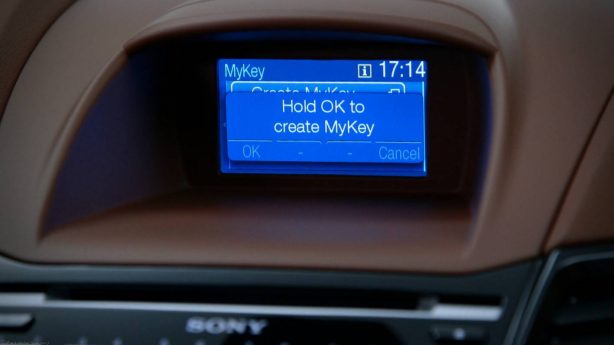 MyKey is an industry-first technology that allows parents to program a key that limits top speed, reduces maximum radio volume, disables the radio until the seatbelts are fastened and prevents deactivation of driver assistance and safety technologies.

It works by recognising different keys for the same car and adjusting the vehicle settings according to the owner’s requirements.

Owners are able to set the system so:

Another technology making its way onto select Ford vehicles locally in 2014 is the SYNC Applink that gives drivers voice control over their favourite smartphone apps. The first three apps to be available for Ford Applink in Australia are Pandora, Kaliki and TuneIn Radio.

Local pricing and specifications for the new Ford EcoSport, Mondeo and Transit will be announced closer to launch.

Previous Volkswagen up! bagged with Porsche bits
Next Mazda3 passes through Siberia in 15,000km cross-continental drive