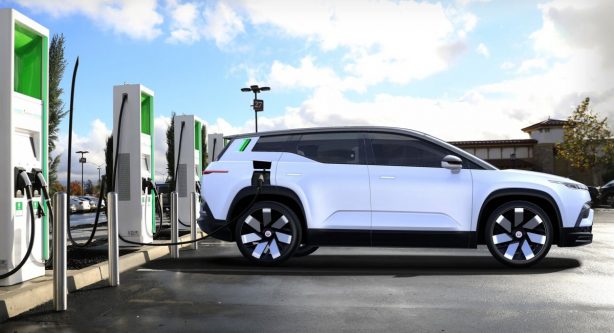 Fisker has unveiled their first electric SUV known as the Ocean, a name it adopted as many of its components are recycled from items pulled from the ocean.

To cater to the world’s insatiable appetite for SUVs, the Ocean is a mid-size crossover with seating for five. As you can expect from Henrik Fisker, its design is unlike most SUVs on the road today, with large squared-off wheel arches, shallow glasshouse and slender head and taillights. 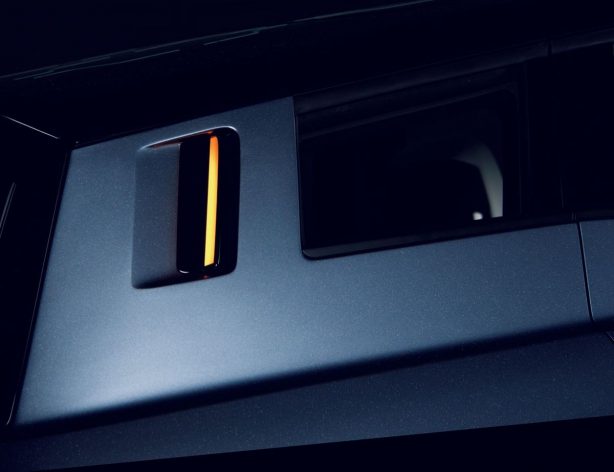 Some of its quirky design features include rear indicators which are positioned in the D-pillars behind the window line kink, which the company says allows truck drivers to see them better.

Inside, the dashboard features two screens consisting of a digital instrument and large Tesla-style portrait touchscreen housed on the centre console with bent at the lower edge, where the gear selector and five goggle switches live. There’s also a head-up display in front of the driver. 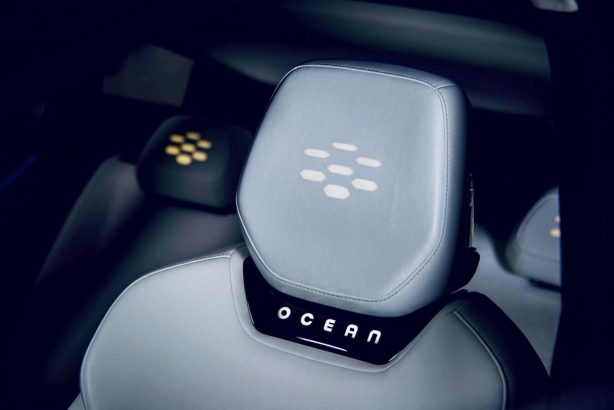 Fisker says all materials are “vegan”, including polycarbonate and polyurethane surfaces, rayon backing and recycled carpets made from the nylon of abandoned fishnets. Other innovative materials include dinamica microfiber as a substitute for suede leather, as well as using discarded rubber waste from tyre manufacturing.

Under the bonnet, the Ocean uses an 80kWh lithium-ion battery pack which is good for a claimed cruising range of 402-483km. The batteries can also gain more than 320km of range with just 30 minutes of charging.

To boost efficiency further, the Ocean can be optioned with a full-length solar roof that Fisker estimate will provide up to 1,610km of free range per year. 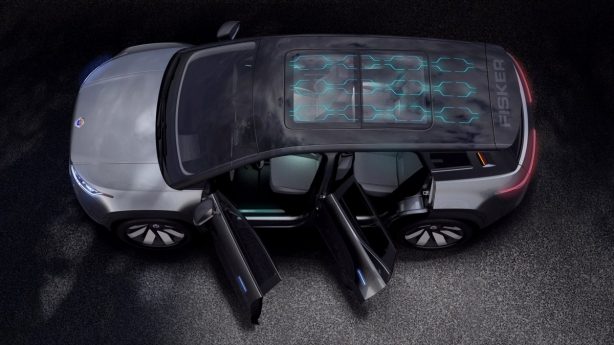 All Ocean models are equipped with a ‘California Mode’ which drops the side windows, open the sunroof (if equipped) and even the rear quarter windows and rear windscreen to bring in some fresh air. There’s even a Karaoke feature that displays a song’s lyrics on the head-up display.

In the US, Fisker owners will have access to Electrify America’s network of DC fast chargers, although the car can only use a Combined Charging System (CCS) Type 2 plug. 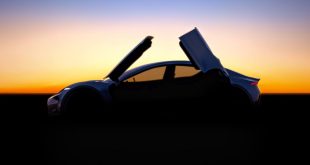 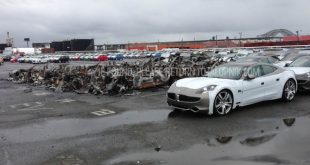