First shipment of Honda Civic Type R arrives Down Under 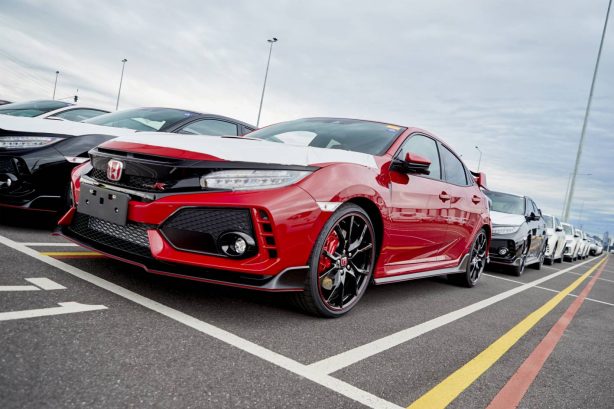 After more than six years since it was last offered for sale on a Honda model locally, the famous red ‘H’ badge has made its long-awaited return to Australia, with the first shipment of the all-new Civic Type R arriving into Melbourne over the weekend.

The first car to drive off the ship at Port of Melbourne’s Webb Dock facility and officially mark the return of the Type R name to Australian shores was a striking Rally Red example, which is earmarked to serve as a media evaluation vehicle over the coming months.

It was followed by around 60 customer cars that will soon be on their way to Honda dealerships across the country, before being delivered to their new owners.

Honda says more shipments of the 2018 Civic Type R will arrive over the coming weeks, with more than 400 vehicles scheduled to arrive before the end of the year to satisfy the significant early demand for the Nürburgring lap-record holder. 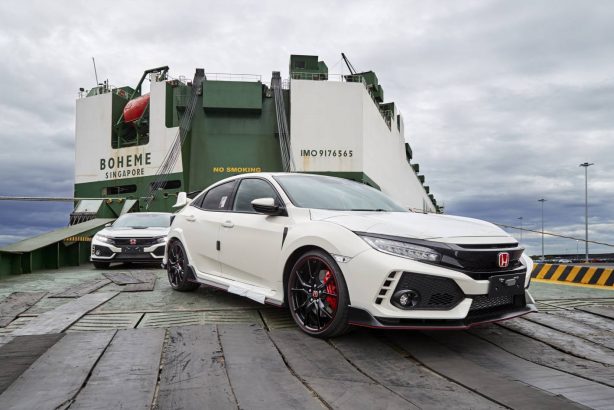 “The ultimate in Civic performance and a direct manifestation of Honda’s racing spirit, experience and heritage, the Type R stands as a banner of Honda’s commitment to creating products that put customers – and enthusiasts – at the centre of everything it does,” said Honda Australia Director, Mr. Stephen Collins.

“Since the Civic Type R prototype was unveiled at the Paris Motor Show last year, the anticipation surrounding Honda’s next-generation high-performance hot hatch has continued to build, so it’s incredibly exciting to have the first cars here now and it won’t be long until we’ll start to see them out on the road.

“The arrival of the all-new Civic Type R is the culmination of 18 months of intense new product activity for Honda Australia that has seen our entire line-up of vehicles either refreshed, updated or all-new models introduced to market.” 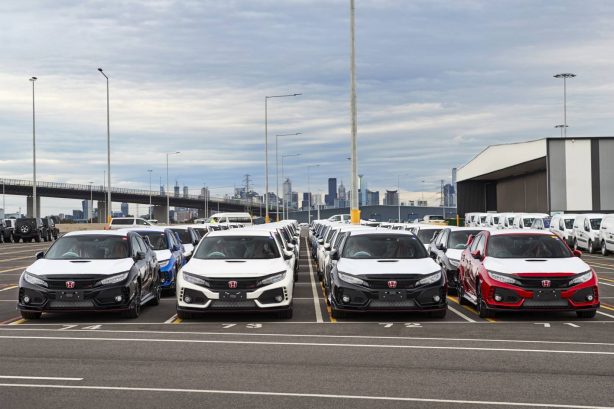 The move to one global platform for all models in the tenth-generation Civic line-up paved the way for the return of the Civic Type R to Australia.  Globally, this is the fifth-generation of the iconic Civic Type R – the original Civic Type R was launched as a Japan-only model in 1997, while only the second and third generation models were previously available Down Under.

The comprehensive aero package includes a smooth underbody, front air curtain, a slim rear wing and vortex generators at the trailing edge of the roof line.

Inside, the Civic Type R is said to feature the most comfortable, and lightest, Type R specification sports seats ever, trimmed in grippy suede-effect fabric. Red accents are used throughout to amplify the performance-feel of the cabin, and each vehicle features a unique Type R serial plate number.