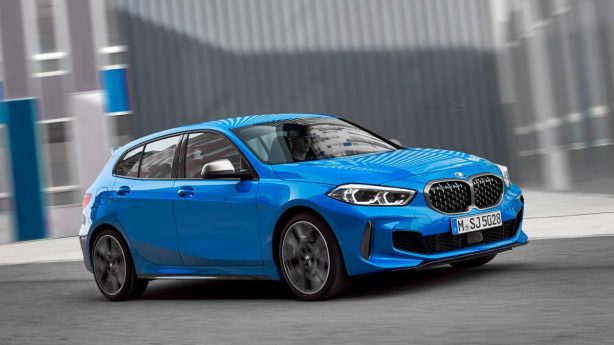 BMW has taken the wraps off its all-new 1 Series hatch – the first-ever 1 Series to be front-wheel driven.

However, thanks to a switch to front-wheel drive, interior space has grown significantly. Rear seat passengers now enjoy an extra 19mm of headroom, 33mm of added legroom, and 13mm of elbowroom.

And thanks to the in layout, there is an additional 20 litres of rear cargo space at 380 litres compare to the outgoing model, which increases to 1,200 litres when the rear seats are flipped down. 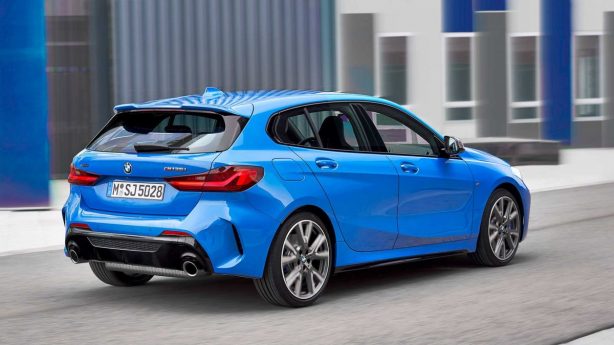 On the styling front, the new 1 Series sports a more prominent kidney grille flanked by a pair of shard headlights placed diagonally on the front fascia. There are several front bumper designs depending on trim, with the sportiest reserved for the range-topping M135i xDrive.

Around the back, there’s a set of sleek LED taillights and as revealed previously in a spy shot, while the M135i (blue car) also features a subtle diffuser and twin tailpipes.

Wheel sizes range from 16 to 19-inches – a first for the model. Also making its debut on the 1 Series is an optional panoramic glass sunroof. 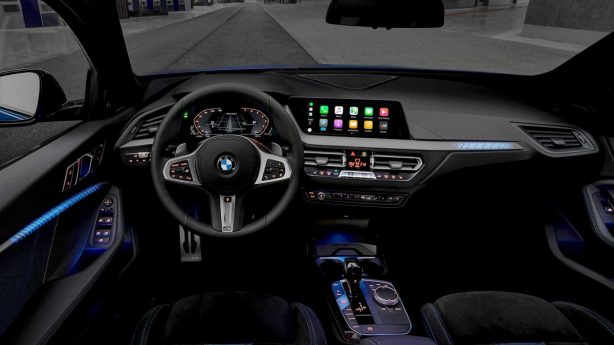 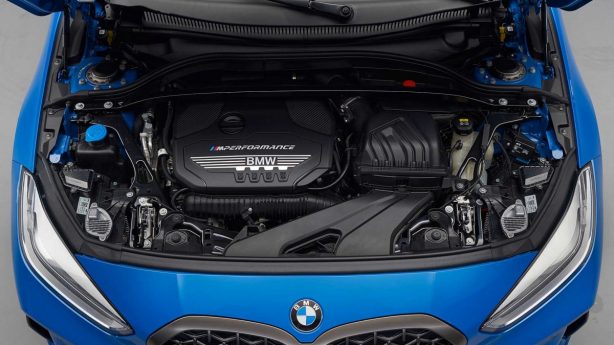 On the petrol front, there is the 103kW 118i and the range-topping M135i xDrive, the latter powered by BMW’s most potent 2.0-litre four-cylinder engine ever. It develops 225kW (302hp) and 450Nm of torque sent to all four wheels via an eight-speed automatic transmission, enough to rocket the hot hatch to 100km/h from a standstill in 4.8 seconds. An optional M Performance package (from November) will shave an extra tenth of the sprint time. Top speed is electronically governed at 250km/h.

The all-new BMW 1 Series will bow in on June 27 as part of the #NextGen even in Munich during which the 8 Series Gran Coupe will also be showcased.