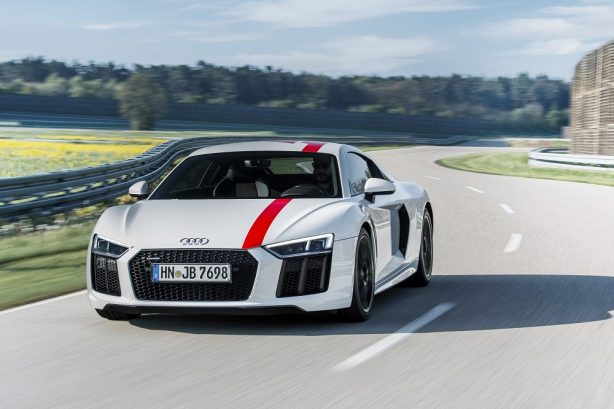 The limited edition Audi R8 RWS (Rear Wheel Series) has been confirmed for an Australian arrival in April at under $300,000, making the rear-wheel drive supercar the most affordable R8 ever.

“The Audi R8 RWS is such an exciting car for us because it’s the very first rear-wheel-drive production car ever built by Audi. As a brand famous for quattro, or all-wheel-drive, this was a huge but exciting move for our brand in once again demonstrating our Vorsprung, or progressiveness, to consumers. It’s hard to imagine any sportscar-loving owner who wouldn’t be motivated by such a modern classic supercar,” said Paul Sansom, Managing Director of Audi Australia.

“There’s no doubt that we are showing off our Audi Sport credentials in the very best way – offering driving thrills of the highest level, at an incredibly sharp price point, even if that means a brief departure from our famous quattro technology.

“Of course it also traces a direct lineage back to the R8 LMS racecar that took a hard-fought victory at Mount Panorama last weekend, making Audi the most successful marque in the GT3 era of the gruelling event.

“With only 999 being built worldwide, we’re expecting our remaining allocation for Australia to be snapped up very quickly,” said Mr Sansom. 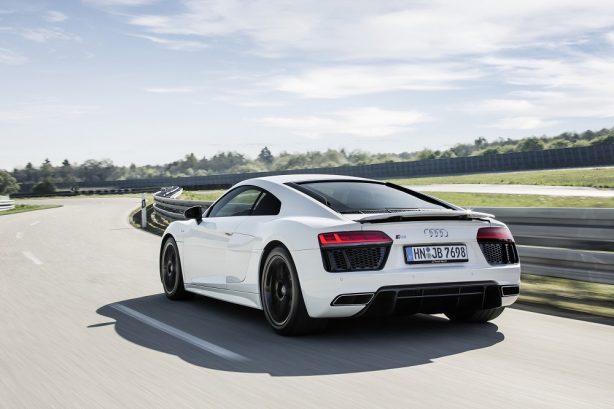 The R8 road car shares 50 percent of components with the R8 LMS, which is rear-wheel drive due to GT3 racing regulations.

That DNA is now shared – for the first time – with the exclusive R8 RWS.

Powered by a mid-mounted, 5.2-litre V10 engine producing 397kW and 540Nm and mated to a seven-speed S tronic dual-clutch transmission, the R8 RWS accelerates from 0 to 100km/h in just 3.7 seconds (Coupe), on its way to an electronically limited top speed of 320km/h (Coupe).

Individually numbered from 1 to 999, the R8 RWS is offered with 19-inch wheels in high-gloss black, five-spoke V design, with eight-piston fixed-caliper brakes and wave discs on the front wheels and four-piston fixed-caliper brakes with wave discs on the rear. Calipers come in gloss-black and wear the R8 logo, but both larger 20-inch wheels and red brake calipers can be ordered as an option. 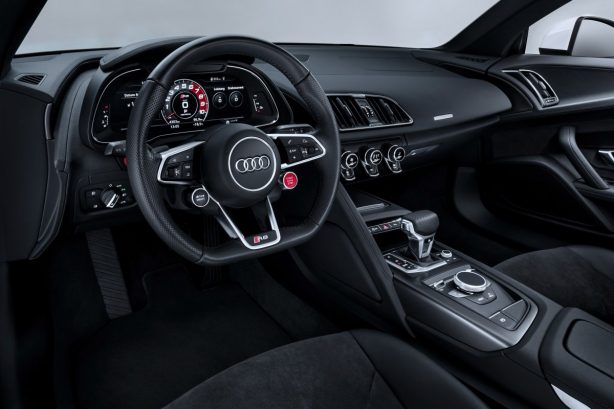 The R8 RWS will be available in Australia in limited numbers, arriving in April 2018.