First ever Ferrari crossover to be known as Purosangue 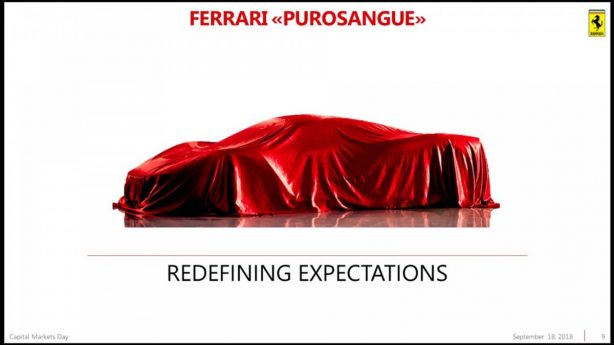 Ferrari is officially joining the crossover race with its upcoming Purosangue (Italian for thoroughbred), which is set to arrive towards the end of 2022. Just don’t call it an SUV.

“That word, I do not want to hear it in the same phrase as Ferrari,” new Ferrari boss, Louis Carey Camilleri said when announcing the model during the Capital Markets Day. While preferring to call it anything but, Camilleri did reveal a few juicy details about the Purosange SUV (!!).

First up, it will be offered with a traditional internal combustion engine along with a hybrid setup and all-wheel drive. 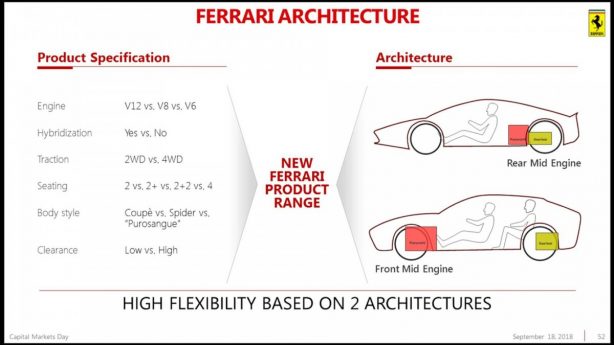 On the styling front, as well as being the brand’s first ever vehicle with a five-door body, it will feature a coupe-inspired silhouette and won’t be as big as the competing Lamborghini Urus.

The Purosange will sit on Ferrari’s new Front Mid Engine Architecture, with its front-mounted engine sitting behind the wheels, while a dual-clutch transmission is mounted at the rear to optimise weight distribution and low centre of gravity. 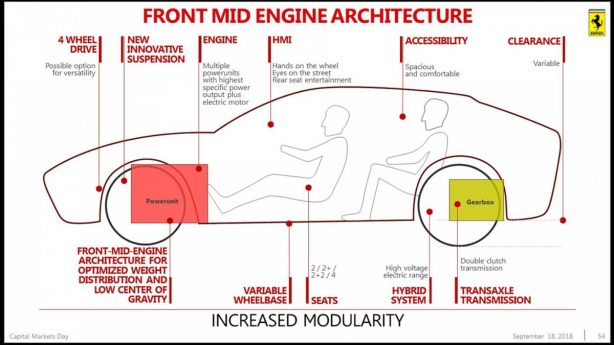 According to Camilleri, former chairman and CEO, Sergio Marchionne pushed for the Purosangue due to changing customer tastes, especially in burgeoning China. He also believed it could boost the company’s profit and takes its annual sales volume to above 10,000 cars a year for the first time. 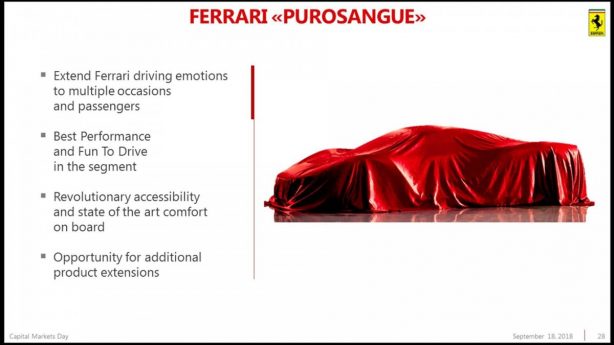 Camilleri went on to admit he was initially skeptical about Ferrari entering the crossover segment but is not convinced after seeing the design sketches.