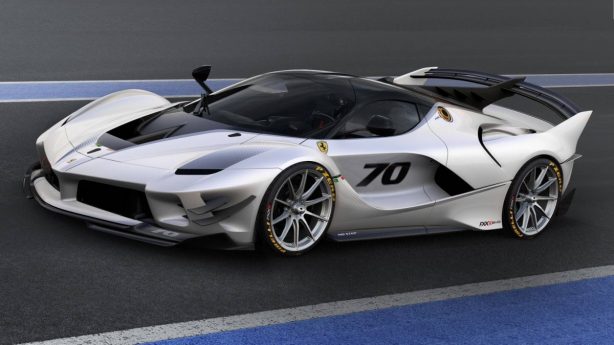 Ferrari has taken the wraps off its latest track weapon, the FXX K Evo at the Finali Mondiali event at Mugello Circuit in Italy over the weekend. It is Ferrari’s 3rd “XX” model after the FXX Evo and 599 XX Evo.

According to Ferrari, the new track-only machine will be compatible with the existing 40 cars of the “standard” FXX K, as well as being offered as an “extremely limited-run model”, although no official numbers have been disclosed. 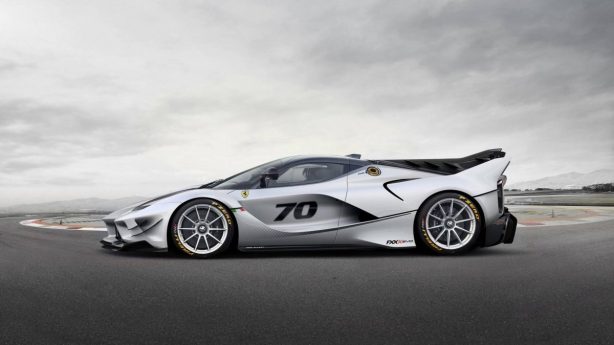 Ferrari says the FXX K Evo is a “laboratory car” and benefit from an upgraded aero package that took more than a year of computational fluid dynamics (CFD) simulations to achieve. The aero kit consists of a fixed twin-profile rear wing supported by two side fins and a central fin and helps the car generate downforce figures that are close to GT3 and GTE race cars.

Downforce has increased by 23 percent over the regular FXX K and a whopping 75% compared to the LaFerrari on which it is based. The car generates 640kg of downforce at 200km/h and more than 830kg at top speed.

In addition to the aero kit, the car’s underbody and front and rear bumpers have been reprofiled for better aerodynamics, while engineers also made some adjustments to the suspension to customize it to the more aerodynamically efficient body. Despite the modifications, the FXX K Evo is lighter than the FXX K but we haven’t been told by how much. 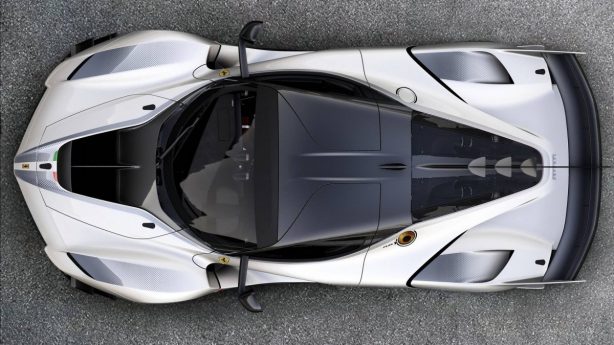 Power is transferred to the 19-inch front and 20-inch rear wheels wrapped in Pirelli P Zero slicks via an F1 derived seven-speed twin-clutch transmission. Stopping power is provided by a set of carbon ceramic Brembo brakes at both axles, while the car sits on double wishbone front and multilink rear suspension.

Ferrari says the power and drivetrain has undergone approximately 5,000km of development runs and 15,000km of reliability tests. 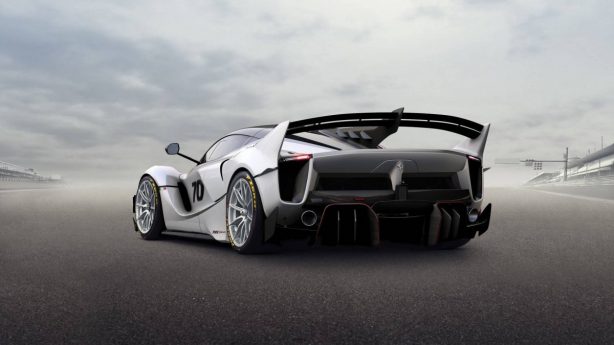 Inside, the FXX K Evo is equipped with a F1-derived steering wheel with built-in gear shift paddles and controls for the kinetic energy recovery system (KERS). There’s also a 6.5-inch display, which shows image from the car’s rear camera along with the KERS status.