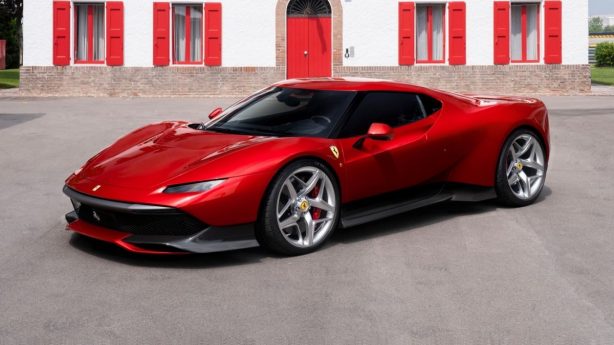 Ferrari has introduced its latest addition, the Ferrari SP38 to the highly exclusive Special Projects division. It follows in the footsteps of the SP 275 rw competizione and 458 MM Speciale, and is the first to be based on the 488 GTB.

As you can see from the press photos, the SP38 is completely bespoke and draws heavily from Ferrari’s glorious past. Built for one of the company’s “most dedicated customers,” the supercar is so radically different it could be mistaken for a concept car. 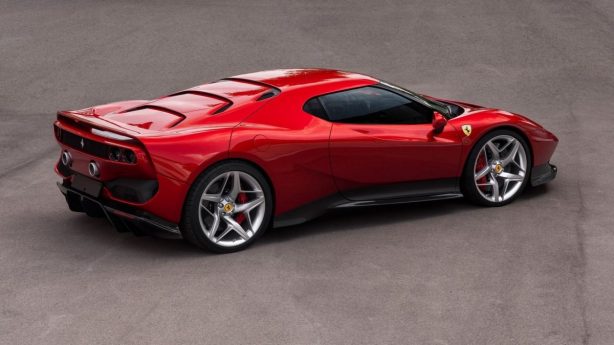 Up front, in departure with Ferrari’s latest design language, the car’s slender headlights have been designed to be as slim as possible and are horizontally placed.

Side on, the wedge-shape design is accentuated by the dramatic skirts and swollen rear haunches, while the air intakes for the twin-turbo V8’s intercoolers have been hidden away, tucked underneath the bodywork that folds in on itself over the C-pillars. 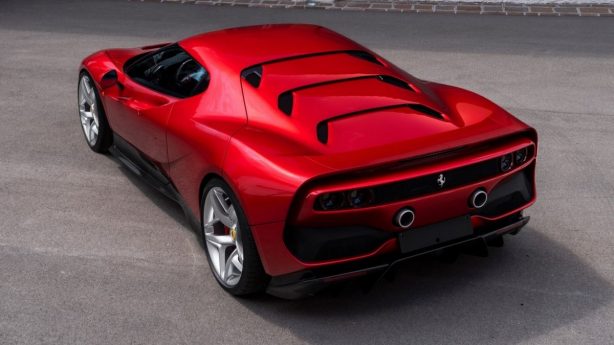 As radical as the front and sides are, it’s the rear window/engine cover that stands out. In its place are louvres-like slats that allow engine heat to escape. The integrated rear spoiler wraps around the rear of the car to frame the tail end, which holds a pair of tailpipes and signature quad taillights.

The SP38 will be displayed at the Concorso d’Eleganza Villa d’Este starting May 26.