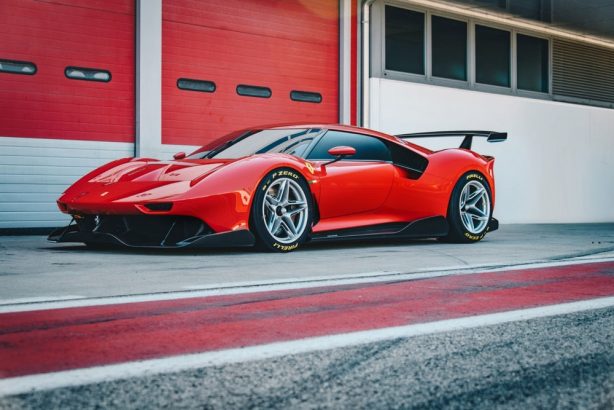 Ferrari has unveiled what it is claiming to be its ‘most extreme one-off’ build for a customer – the hardcore, track-ready P80/C.

Built from an idea first conceived back in 2015, the P80/C was created by using the chassis from one of Ferrari’s 488 GT3 cars, which had its wheelbase lengthened by 50mm – ensuring that this is more than your average coach-building exercise, and allowing Ferrari to go as mad as they pleased.

Although futuristic in its styling, the inspiration for its curvy bodywork was drawn from some of Ferrari’s past track and road models – specifically, the 330 P3/P4, the Dino 206 S, and the 350 Can Am from back in the 1960s. 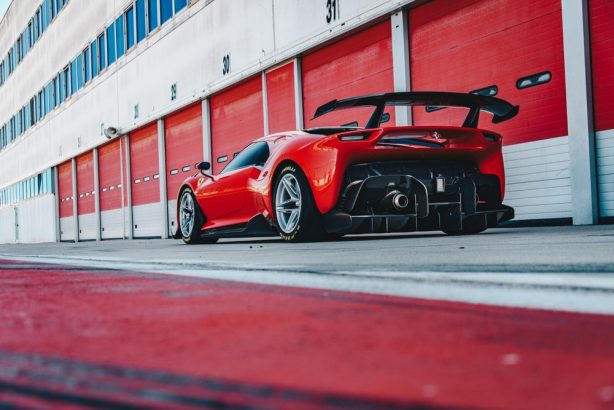 Ferrari claims the design is five per cent more aerodynamic than the base GT3 – which Ferrari notes “is required to make full use of the unrestricted engine,” for which no exact power outputs have been cited – thanks to a number of tricks such as a unique front splitter and redesigned rear splitter, the designs of which are not restricted by FIA regulations.

Being a track-only build, the front and rear lights are hidden inside slim slits in the bodywork as no regulations apply to them either, allowing Ferrari to more accurately replicate the shape of the front wings of the cars it draws inspiration from.

While the configuration pictured here is for the track, the car has been designed to be paraded around at concourse events too, meaning that the rear wing can be pulled off and the lightened 18-inch wheels can be replaced with flashier 21-inch rims instead. 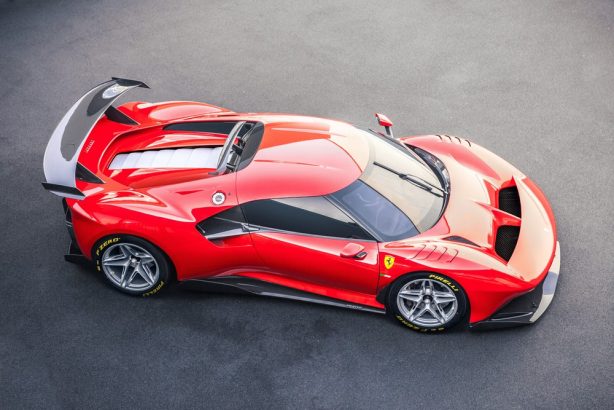 On the inside, its interior is largely similar to that of the 488 GT3 donor car, with a full roll cage, FIA-approved bucket seats clad in blue suede with racing harnesses, a racing steering wheel, and a fully digital instrument cluster.

Just this one example will be built, and there’s a very good chance you won’t have another opportunity to see it again, but you can check out this full 12-minute documentary on it, along with the gallery of shots of this beauty below.