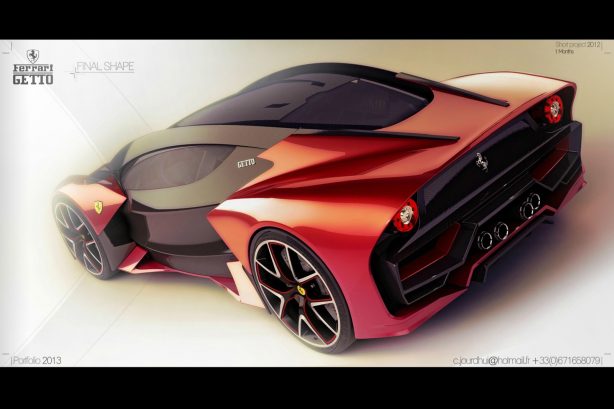 Concept cars are great. They allow car designers to go crazy with their designs without the engineering and design rules constraints that are imposed on production vehicles. That’s why they are generally exceedingly good looking.

Take this Ferrari Concept, called Getto, for instance. Designed by Christophe Jourd’hui, the idea behind the car is ‘maximisation of the sensation the driver gets when behind the wheel, through the use of use of a floating cockpit’. 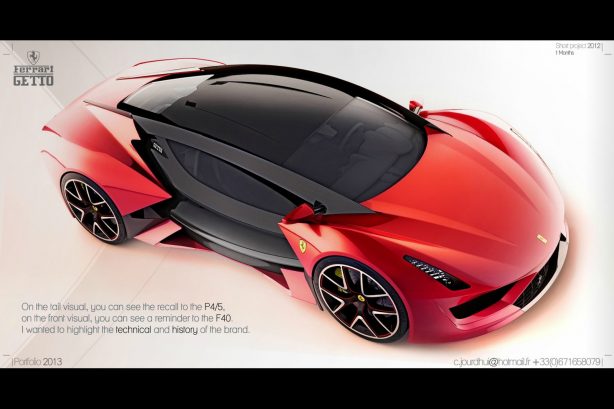 According to Christophe, who sent a video tease of his creation to Carscoop, the floating cockpit is sustained by chassis cross members from above, as well as jack mounted in key points on the structure underneath it.

On the outside, the Getto features sharp angles as well as soft contours that work well together. The designer has also incorporated classic Ferrari design elements such as the round taillights for this imaginary supercar intended for 2025. 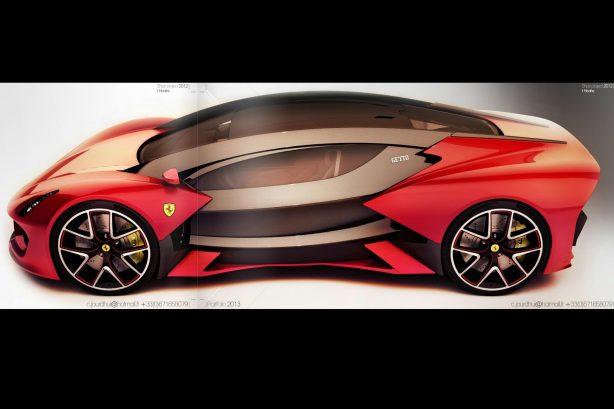 What do you think? Should Ferrari built this for the next motor show?