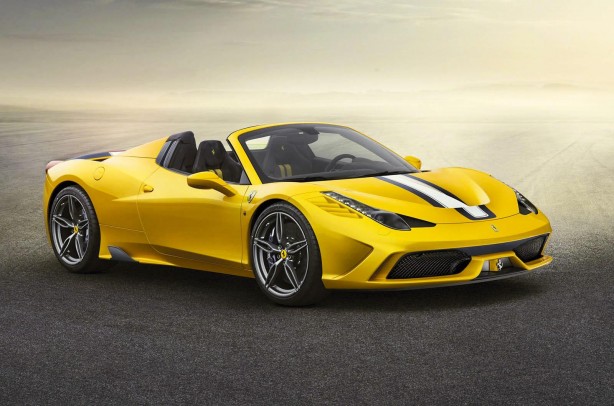 The limited edition Ferrari 458 Speciale A (A as in Aperta) will be unveiled at the Paris Motor Show next month.

The new special edition special series is a celebration of the the various versions of the 458, a model that has collected an array of international motoring media awards and track victories, not least a double WEC title and category wins in classic endurance races, such as the 24 Hours of Le Mans, the 24 Hours of Daytona and the 12 Hours of Sebring. 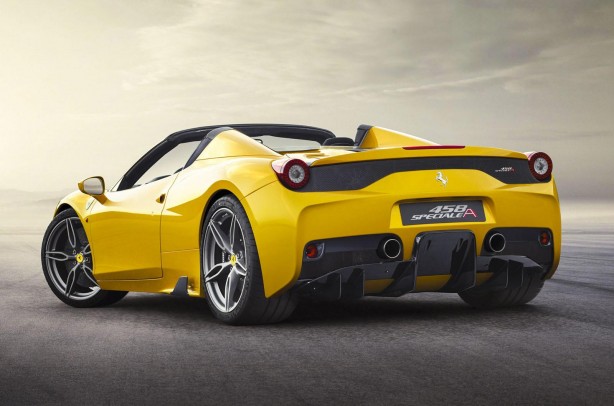 Limited to just 499 examples, the 458 Speciale A is the most powerful open-top Ferrari ever, with 445kW and 540Nm served up from the mid-mounted 4.5-litre atmospheric V8. Weighing just 50kg more than the 458 coupe thanks to its aluminium retractable hard top, the convertible sprints from zero to 100km/h in just 3.0 seconds. It recorded a lap time of 1 minute and 23.5 seconds at the Fiorano circuit, Ferrari’s very own test track.

The ballistic performance is thanks in great part to its front and rear active aerodynamics, the rigidity of a chassis that incorporates 10 aluminium alloys, and Side Slip Angle Control (SSC) which instantaneously calculates the car’s side slip angle and comparing it with reference data to manage torque distribution. The driving experience is further lifted of course by the exhilarating signature Ferrari soundtrack. 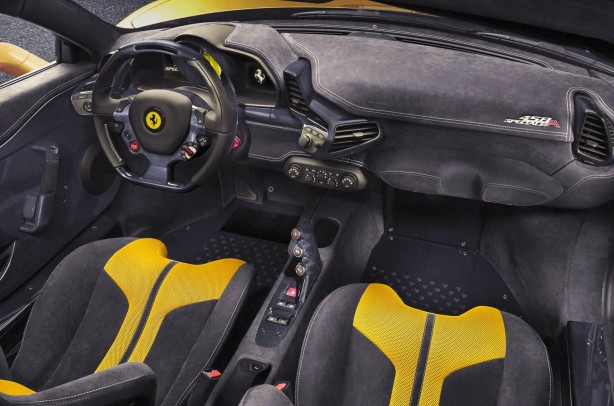 The 458 Speciale A will debut in a unique triple-layer yellow livery with a Blu Nart and Bianco Avus central stripe as well as five-spoke forged wheels in Grigio Corsa. The cockpit also has an exclusive finish, with moulded door panels and central tunnel in an exclusive blue carbon-fibre (also used for the treadplates) as well as the newly-designed seats in Alcantara with contrasting stitching and 3D technical fabric.

The Ferrari 458 Speciale Aperta A will be introduced on October 2 at the Paris Motor Show.