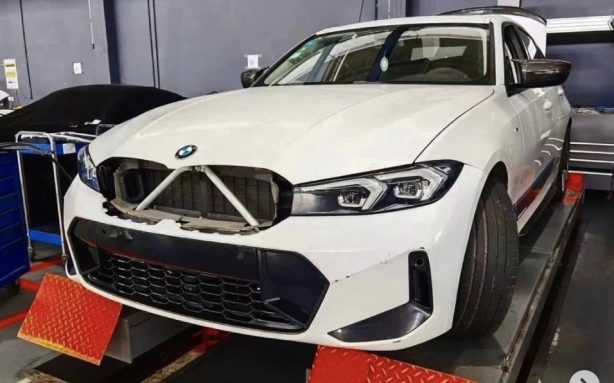 The BMW 3 Series G20 has been around since 2019. In a model’s lifecycle, this means a mid-life facelift is almost due.

While we have not seen anything official from BMW so far, a leak has surfaced from China. And the leak is for what’s claimed to be the actual updated 2022 BMW 3 Series sedan.

The snaps appear to be taken in a workshop, with a white 3 Series hoisted and parts strewn on the floor. The 3 Series’ kidney grille is removed, but the front bumper wears a new design, so are the headlights.

If this is all too challenging for the brain’s imagination, creative studio Sugar Design has pieced everything together to produce a realistic rendering of the freshened up 3 Series.

The revised headlight cluster gives a bolder appearance, beefed up by the widened intake of the front bumper. The overall front fascia is one that is both aggressive yet classy, exactly how we like it.

While we hope we are really looking at the real thing here, nothing is concrete until BMW drops the official photos, which we expect will happen sometime late this year or in early 2022.