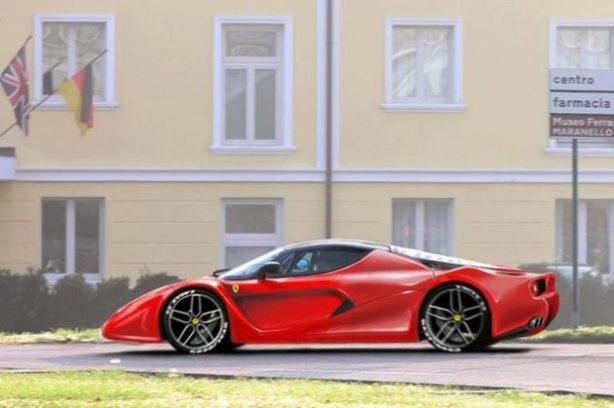 The F70 Ferrari Enzo ‘F150’ is due for a debut at the month’s Geneva Motor Show. However, for those who can’t wait, a rendering of the hypercar has emerged on the web.

Said to be based on an official sketch that was made available to invite only guests, it has been snapped up by a Photoshop wizard and the result is the photo you see above.

Looking rather realistic, the car’s wedge-shaped profile does confer with the prototype that was captured testing on a circuit last week. The quad-exhaust and round taillights are almost a given based on previous spy photos. 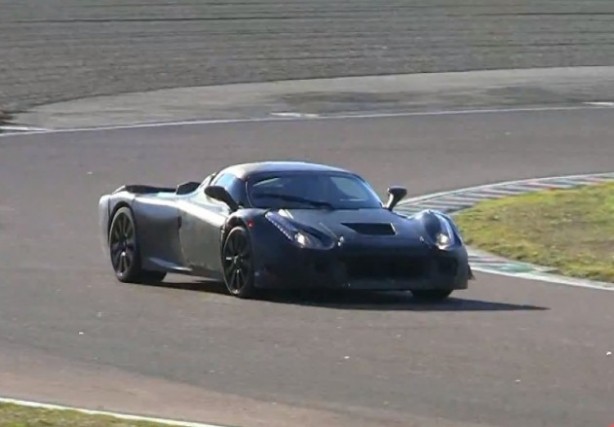 The low slung nose with elongated headlights also seems accurate, as does the aggressively sculptured door.

Of course, it is too early to speculate on performance figures, but the presentation did reveal that the F70 does come with a V12 petrol engine paired with a hybrid KERS setup.

Combined output is said to be in the region of 596kW. With the new Porsche 918 Spyder posting a 7:14 laptime around the Nürburgring, the new Ferrari would potentially achieve the same feat in well under 7 seconds.

Stay tuned for the full reveal on 5 March at the Geneva Motor Show.