End of the road for Holden Cruze 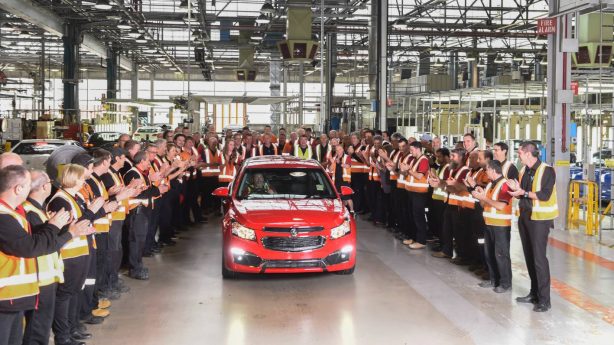 As Ford turns off the lights at its manufacturing plant in Broadmeadows today, Australia’s last locally-built Holden Cruze rolls off the assembly line in Elizabeth, South Australia.

The milestone signals the start of Holden’s transition from manufacturing to becoming a design, engineering and importing business for the long-term.

This morning Holden Chairman and Managing Director Mark Bernhard paid tribute to Holden’s employees in launching, designing and building Australia’s locally-made small car: “Those who were involved in the Cruze project have a strong, and deserved, sense of pride at what was achieved in terms of project development, management, engineering, design and, of course, production.

“Holden’s business is changing and we are building a bright future, but it is equally important to recognise and honour our people and our heritage. We’re incredibly proud of our manufacturing history and our legacy; I want to thank every Holden employee, and all those people in the supply chain, for their personal contribution to our industry and our company,” said Mr Bernhard.

The final Cruze – a SRI Z-series hatch – was driven off the assembly line at 8.30 this morning.

The final Cruze hatch and final sedan have been donated to Holden’s longtime charity partner, the Leukaemia Foundation, which will raffle the cars to fundraise for patient transport services and accommodation. 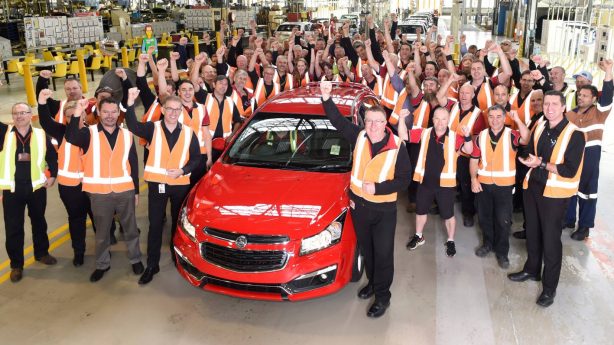 These cars will be handed over to the Leukaemia Foundation this afternoon, before the foundation launches a raffle at its Light the Night event in Victoria Square, Adelaide, this evening.

“The passion and dedication of the manufacturing workforce means they continually raise their quality standards and they are determined that the last cars built at Elizabeth will be the best quality ever,” Mr Phillips said.

“As with any other model ending production, we hold 10 years of spare parts, and there will be no change to warranties or service agreements.”

The end of Cruze production will see around 270 Holden employees leave the business throughout the remainder of October, and into November, all on a voluntary basis. This is fewer than forecast in July, due to ongoing domestic demand for the locally made Commodore models. 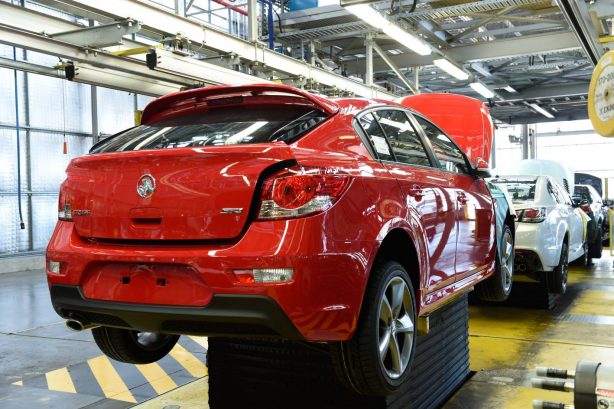 Every Holden worker has access to a suite of transition services and up to $3000 in approved training – all part of Holden’s $15 million contribution to the federal government’s Growth Fund for specific support of manufacturing employees.

Holden has set up a Transition Centre at Elizabeth to provide a range of support services to staff, including information sessions, workshops, career counselling, employment expos, resume writing and interview skills preparation.

According to Holden, of the approximately 450 employees who have left the company in the last two years, 78% have transitioned successfully to jobs, retirement or study with 67% going into new jobs.

Cruze production has been forecast to end in 2016 since 2014, as part of a gradual scaling down of production. Holden will continue to build the Commodore at Elizabeth until late 2017.

Beyond 2017, Holden will retain a significant presence in Australia for the long-term, including its sales and marketing operations, spare parts organisation, world-class design studios and an ongoing engineering department. As a full-line importer, Holden says it is committed to refreshing or replacing every single model in its portfolio by the end of 2020.

Since production at Elizabeth began in early 2011, 126,255 Cruze sedan and hatch models have been built.

As the last small car and the most fuel-efficient model to be made in Australia, Cruze allowed Holden to develop new small car engineering and manufacturing skills, and to keep jobs and automotive manufacturing in South Australia in the wake of the global financial crisis.

Planning for Cruze manufacture started in 2008, with the sedan model eventually launched by then Prime Minister Julia Gillard in February 2011. But Cruze’s Australian ties run deeper than manufacturing. The Cruze hatch – introduced into the Elizabeth plant alongside the sedan in late 2011 – was designed by Holden at its Port Melbourne International Design Centre.

Holden couldn’t have built Cruze without the help of the federal and South Australian governments. Combined with Holden’s own considerable investment, government investment allowed new, flexible vehicle architecture to be introduced to the Elizabeth plant. Cruze was produced using more environmentally-friendly technologies and practices than any other time in Holden’s history.