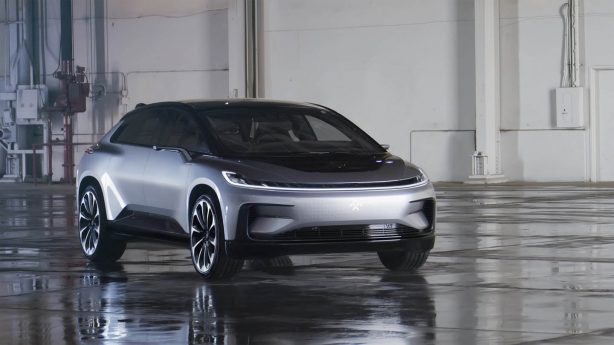 In recent years the Pikes Peak International Hill Climb has attracted an increasing number of electric powered hill climb machines and with great success. The event starts off at an altitude of 2,862 meters and the 20km race to the clouds brings with it less oxygen for every meter climbed, a huge handicap to traditional combustion powered cars. The current record was set by the RedBull backed 9 times World Rally Champion Sebastien Loeb in his petrol powered Peugeot 208 T16 Pikes Peak with at time of 8:13.878.

The number of electric entrants for the 2017 Pikes Peak International Hill Climb looks solid with new contender Faraday Future taking up the challenge with their FF91. Faraday Future already compete in Formula E but this marks the first time the company will race using what will be their production model for 2018.

The FF91 is set to be driven by British GT Championship driver Robine Shute in the Exhibition class which is used as a way to demonstrate advancements in the practical application of motor sports technology. Entrants in this class usually don’t meet the requirements for the more competitive classes but are still able to set an official hill climb time. 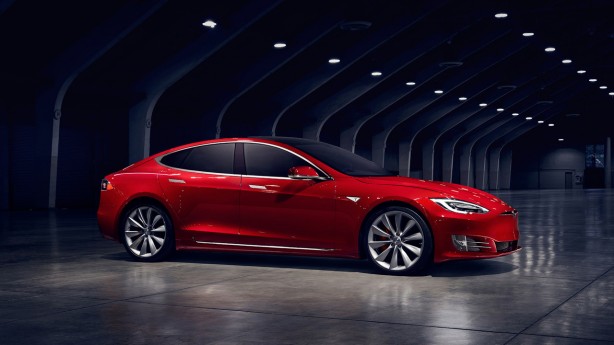 Also in the same class will be the performance modified Tesla Model S P100D from Unplugged Performance so this PR exercise from Faraday Futures could go one way or the other as the two Electric machines compete for the quickest time come race day.

In the Time Attack 2 Production class Blake Fuller returns with his Tesla 90D and in the unlimited class Rhys Millen returns with his 2015 Drive e0 PP03 electric race car who’s looking to hunt down and take the title from 2016 winner Romain Dumas. Millen’s car has six electric motors, three on each axle working together to produce a whopping 1,020kW and 2,160Nm of torque.

This years event also comes loaded with additional tech for spectators who for the first time will be able to watch everything from a live stream provided by Matchsports who’re working with the event organisers.

James Kalogiros the CEO of Matchsports stated: “Despite the immense technical design challenges presented by Pikes Peak’s remote location and extreme weather conditions, we are confident the hard work and focus our team has put into designing this broadcast will make it a success,“

“We are excited to work closely with our new partners as well as the local community to provide the Hill Climb with the exposure it has long deserved and share this historic and prestigious event with the world.“

This years Pikes Peak International Hill Climb is locked in for June 25th and is ramping up to be an exciting one indeed.