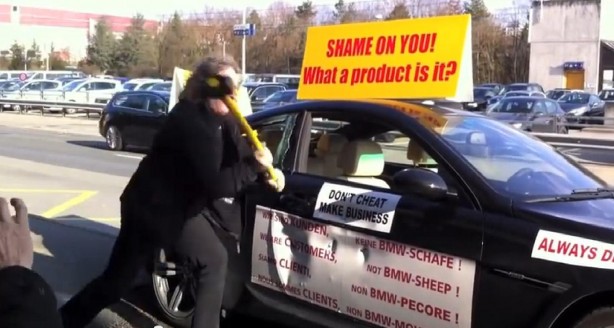 A very disgruntled owner of a $292,000 BMW M6 in Italy has taken a hammer to his car to make a point. For the second time! In September last year, he did the same with another M6 at the Frankfurt Motor Show in Germany.

According to reports, Pormoseni Hadi is extremely unhappy with the service he received from the Munich-based company, where he has reported various issues for his M6, from vibrations in the interior, engine noises to grinding when shifting gears.

The Bavarian company was unable to resolve the issues. The businessman then wrote some letters to the BMW headquarters in Germany but they have all fallen to deaf ears. So the only way to get their attention was to smash the car up!

We are not sure if BMW has since contacted the man, but you would have thought he would give the brand the flick if he was happy with the first M6?