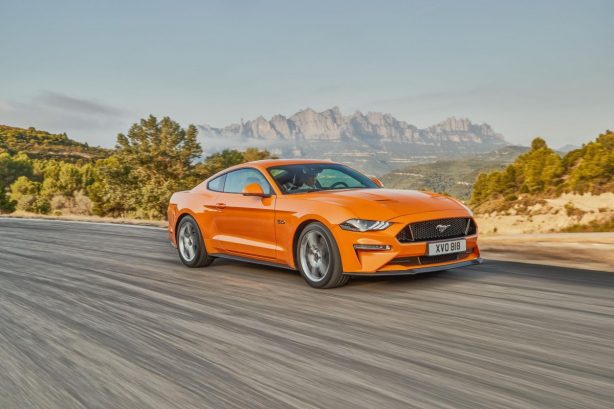 “The updated model offers customers a raft of new features for greater capability of Australia’s best-selling sports car, which has shown how much Mustang resonates with the Australian lifestyle,” said Graeme Whickman, Ford Australia President and CEO.

For 2018, Ford has given the Mustang a more athletic stance and aggressive detailing for a “menacing” and confident look without diluting the classic visual drama the Mustang is famous for. 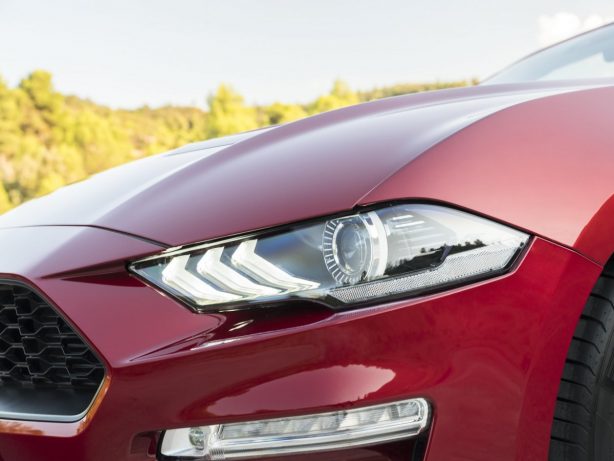 It has a lower, remodelled bonnet and grille and a new position for the bonnet air intakes that deliver a leaner look and more refine aerodynamics. The updated model will also gain all-LED headlights, including the signature tri-bar lighting, for the first time in Australia.

The rear of the car gets revised LED taillamps for a more technical look, plus a new bumper, fascia and available performance spoiler. The V8-powered Mustang GT boasts a quad-tip exhaust as standard, along with a black rear diffuser.

Mustang EcoBoost now features a fresh alloy wheel design, while for a different look, the 19-inch Lustre Nickel alloy is available as a factory option. The GT carries over the mesh design from the current model, while also offering an optional five-spoked 19-inch forged alloy. 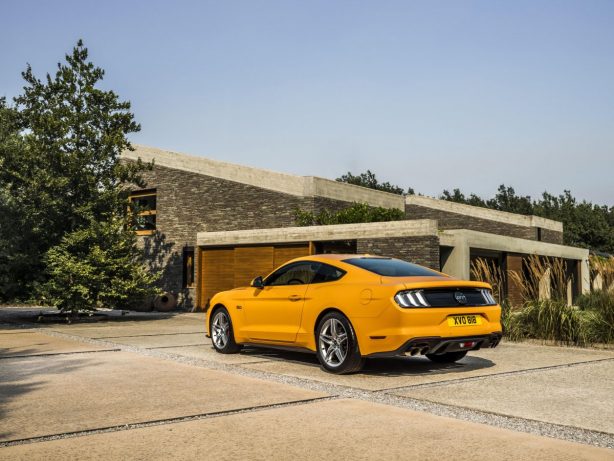 There are also new exterior colours, including all-new signature Orange Fury as well as Kona Blue and Royal Crimson, along with Over the Top (OTT) stripe packages.

The 2018 Mustang offers more factory options than ever before, including a new single-wing rear spoiler which is also part of the US-market Mustang Performance Pack.

Increased personalisation extends to the 2018 Mustang’s new cockpit, which now features improved touch points and visual cues for a more premium look and feel. The centre console adds a new hand-stitched wrap with contrast stitching and padded knee bolsters while door handles, rings and bezels are finished in aluminum. 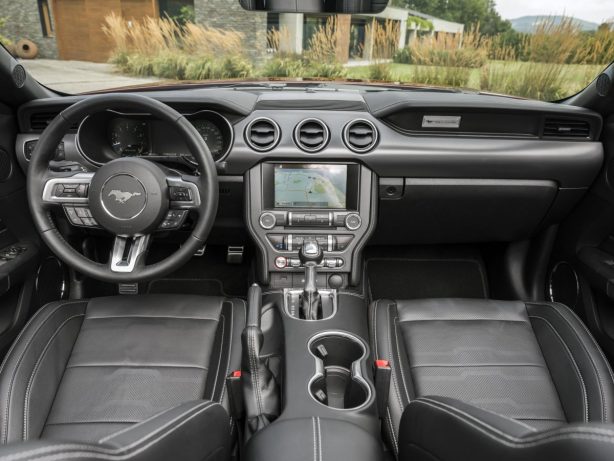 Mustang owners can customise the displays for Normal, Sport and Track modes and choose settings including colour and gauge layout.

In conjunction with the new display, all-new Mustang MyMode with memory function allows customers to save their favorite drive settings, including suspension and steering preferences, for next time they get behind the wheel.

The new Mustang is so customisable that even its engine note can be adjusted. Delivering an audible experience like never before, an all-new active valve exhaust system is standard on all GT models, with a fully variable soundtrack to match the entire acceleration range. Four modes are available: Normal, Quiet, Track and Sport, tailoring the exhaust note for every occasion. 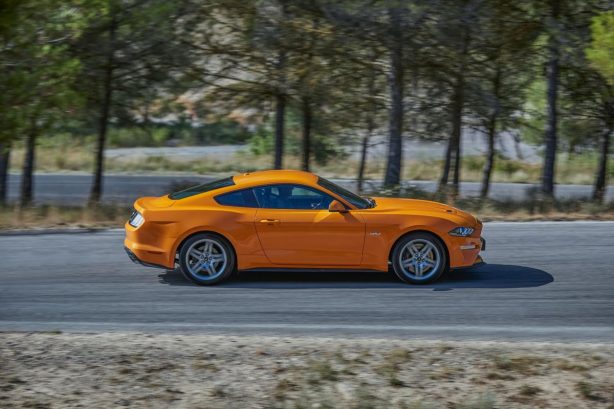 On all models, new shock absorbers is said to make for better ride control, while a new cross-axis joint in the rear suspension leads to increased lateral stiffness, and innovative stabiliser bars bring sharper response and handling.

For the first time, MagneRide damper is offered as an option for the Mustang. Previously exclusive to the Mustang Shelby GT350, the MagneRide damping system allows automatic adjustment of each corner – up to 1,000 times per second. 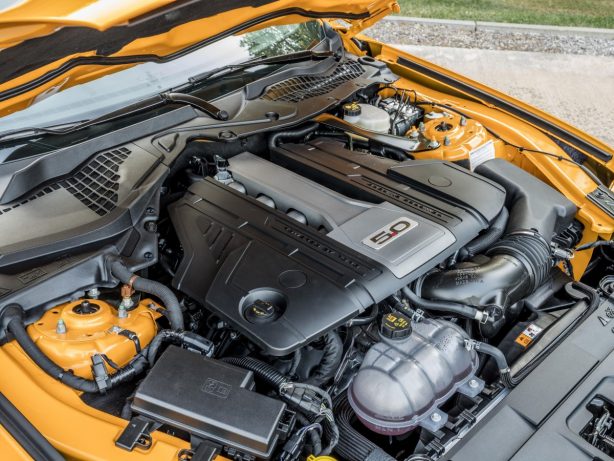 The 2018 5.0-litre V8 Mustang GT has 33kW more power than its predecessor, delivering a peak of 339kW and 556Nm of torque, a jump of 26Nm, while the EcoBoost delivers 224kW and 441Nm of torque. The pair of engine is paired with a new 10-speed SelectShift automatic transmission.