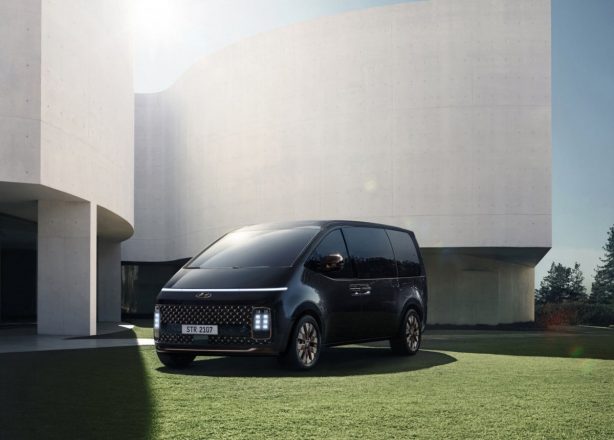 Hyundai has unveiled what is arguably the sexiest people mover to ever grace these pages, the Hyundai Staria.

Billed as a Purpose Built Vehicle (PBV) by Hyundai, the Staria looks like something out of Minority Report with a futuristic exterior styling that includes a bold front-end with LED daytime running lights that run the full width of the vehicle.

The van’s wide front grille sits low on the front bumper and is sandwiched by the main headlights on either side.

Along the sides, the Staria has eschewed the shallow glass house favoured by modern designers and instead features windows that kick down lower than the front. 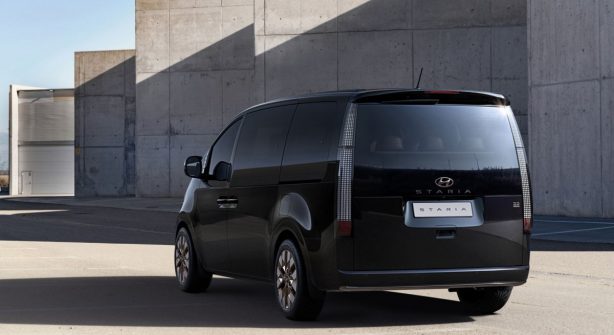 At the back, the boxy outlook is framed by a pair of upright ‘Parametric Pixel’ taillights and large rear windscreen.

Sitting on a 3,273mm wheelbase with an overall length of 5,253mm, and measuring 1,997mm in width and 1,990mm in height, the Staria is big. Maximum cargo space is nearly 5,000 litres depending on the rear seats configuration.

The Staria will be offered in standard and flagship Staria Premium guise and 2- to 11-seat configurations. The Premium model also brings unique features such as tinted brass chrome treatment to certain exterior parts, including the Hyundai emblem, grille, headlamp bezels, front and rear bumpers, wheels, wing mirrors and door handles. 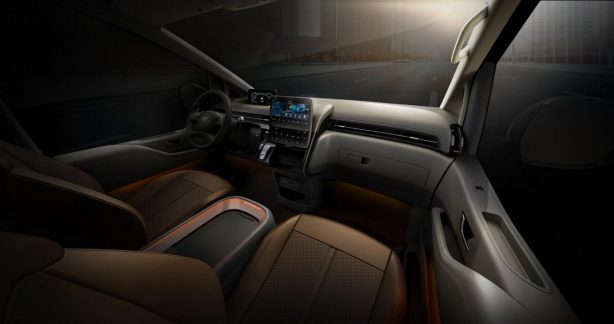 Inside, the Staria comes with a 10.25-inch digital instrument cluster, along with a large touchscreen infotainment system. Premium model ups the luxury stake even further. For example, the 7-seat model comes with ‘Premium Relaxation Seats’ in the second row that slide and recline electrically, while the 9-seat Premium model have 180 degree swiveling second-row seats.

More models will be introduced further down the line, including limousines, ambulances, a camping model and even eco-friendly variants. 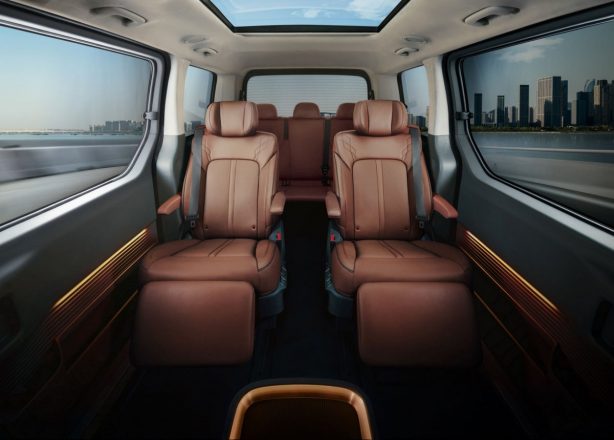 At launch, the model will be offered with two engine options – a 2.2-litre four-cylinder turbo-diesel delivering 130kW and 431Nm of torque, and a range-topping 3.5-litre MPI V6 with 200kW and 331Nm of torque. The former can be had with either a six-speed manual or an eight-speed automatic transmission, while the latter is paired exclusively with an eight-speed automatic.

The Staria will arrive in Australia before the end of August 2021.

The Hyundai i30 Sedan is the latest addition to the successful i30 range. Built in …