The Mitsubishi Lancer Evolution owned the rally world for almost two decades. From the Evo III to the Evo X, every generation of Evo had taken home some sort of rally championship title. But the most successful Evo of them all is none other than the Evo VI.

The Evo VI has won more rally races than any other Evo in history. In the hands of rally legend Tommi Mäkinen, the Evo VI spectacularly won four consecutive World Rally Championship titles.

This makes the Evo VI highly sought after amongst rally enthusiasts, Mitsubishi fans and car collectors. And in the form of the Evo VI Tommi Mäkinen Edition, interest level is even higher. Built in 2000, this #001 Evo VI Tommi Mäkinen Edition will be auctioned off to the lucky winner in August at The Classic in Silverstone, England. It has only 11,000miles (17,700km) on the clock, with full service history and cherished by just two previous owners.

The rally machine also comes with a calibrated speedometer, a reinforced battery and a built plate in the interior which confirms its authenticity. 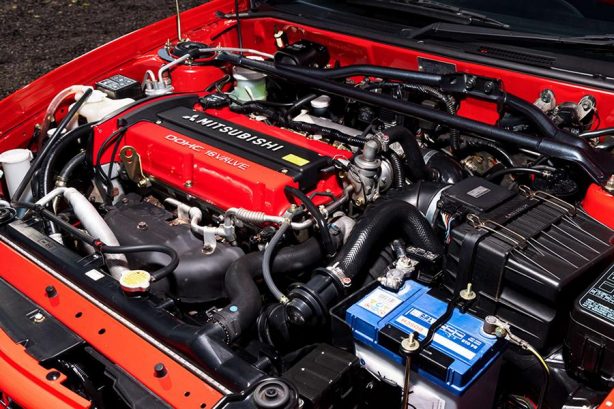 Like every generation of Evo, the Evo VI TME is powered by a 2.0-litre turbocharged four-cylinder engine developing 208kW of power and 380Nm of torque. Power is channeled to all four wheels via a five-speed manual transmission and Mitsubishi’s acclaimed Super-All Wheel Control (S-AWC) all-wheel drive system. With a 0-100km/h sprint time of just 5 seconds, its performance is still strong at present times, let alone in the late 90s. Top speed is just as impressive at 250km/h.

The Mitsubishi Lancer Evo VI TME is one masterpiece of Japanese automotive engineering. And this fine #001 built example is surely a collector’s gem.