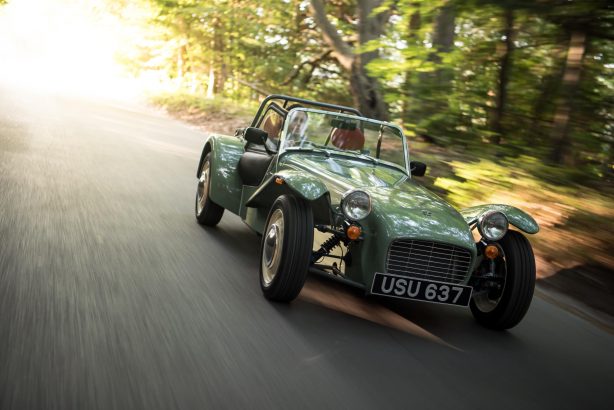 According to the company, the car’s mid-1960s inspired detailing “will delight Seven purists and provide the perfect scene-setter” to the brand’s ’60 Years of the Seven’ anniversary next year.

The Sprint features a selection of nostalgic features, including a choice of six pain colours that were original British manufacturer colours available in 1966/67. 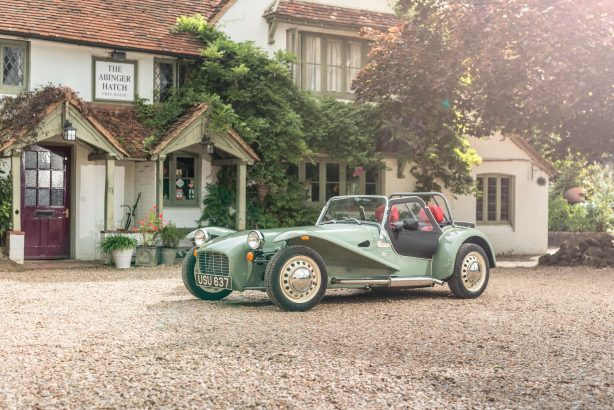 The Sprint chassis is powder-coated grey to make it period-accurate for a Series 2 Lotus 7, while the suspension and rollover bar are also reminiscent of Colin Chapman’s original. It also sports flared front wings, polished exhaust silencer and unique retro-styled, individual rear lights. 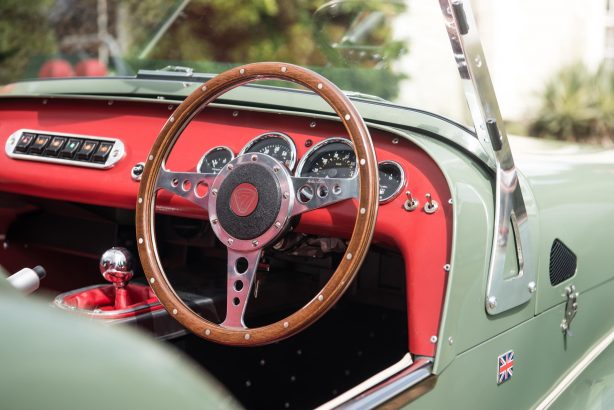 Inside, the cockpit comes with a wooden-rimmed sports steering wheel and dashboard in wood effect, while the tacho even features 60’s style red and yellow sectors. The interior and luggage space are fully carpeted.

Priced from £27,995 in the U.K., the car is powered by the same 59kW (80hp) three-cylinder Suzuki engine found in the entry-level Seven 160 model – one of very few concessions to modern life.

The Caterham Seven Sprint will be available as a factory-built car only. 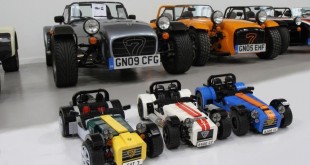 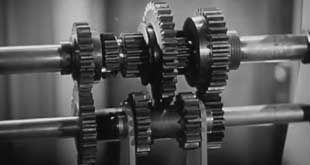