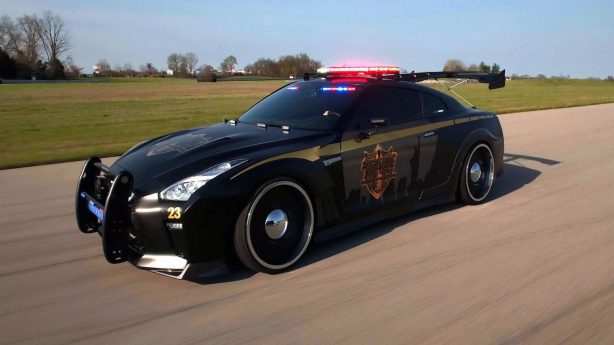 Created especially for the 2017 New York Auto Show, the Police Pursuit #23 (in Japanese, ‘2’ is pronounced ‘Ni’ and ‘3’ is ‘San’) – its official name – comes complete with crime-fighting lights on the roof and in the grille, along with fictional ‘Skyline Metro’ badges. 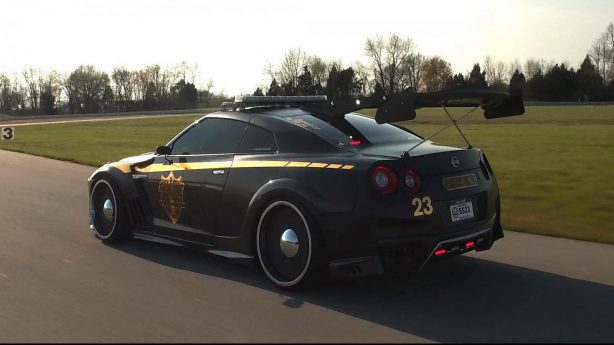 It also rolls on 22-inch rims that are modeled after traditional American cop cars for that authentic look. At the back, there’s a massive rear wing mounted on the boot that completes the GT-R’s crime-fighting transformation.

Like the regular model, the ‘Copzilla’ is propelled by the GT-R’s handmade 3.8-litre twin-turbo V6 churning out 419kW and 632Nm of torque, enabling it to hit 100km/h from a standstill in just 2.7 seconds. 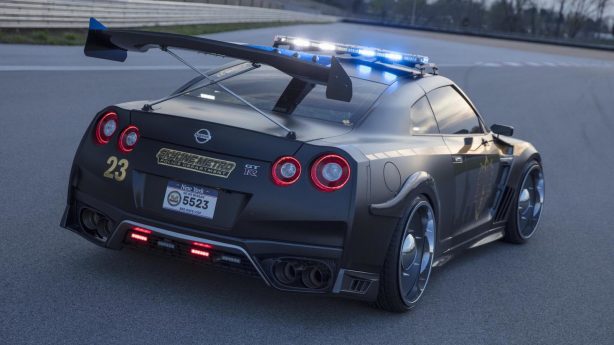 The GT-R pursuit car will be joined at the New York Auto Show by the 2018 Nissan 370Z Heritage Edition amongst others.