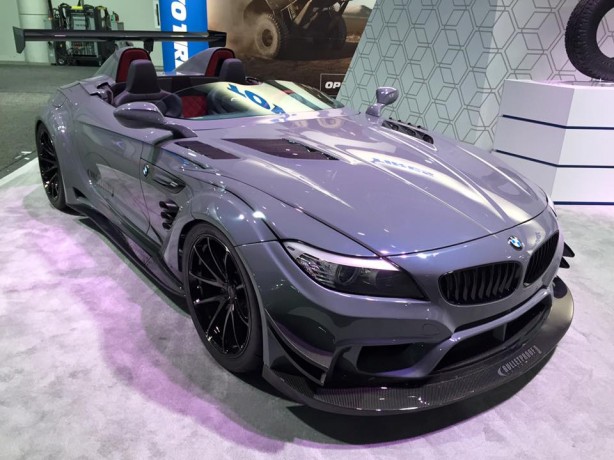 This Z4 is a celebratory vehicle marking the 15th anniversary of SEMA and is considered by its creators as a “Mashup of space and time”.

The design appears heavily inspired by the Mercedes-Benz SLR Stirling Moss with its sleek lines, F1 inspired intake scoops and fender mount exhaust ports. The Z4 Continuum features a significantly lower windscreen, GT style rear wing, and custom rear diffuser. The overall width of the vehicle has also increased with the introduction of Varis wide-body bolt on flares and side skirts.

Mechanically, the team have upgraded the braking system to that found on the BMW M4, coilovers have been fitted to drop the ride height and it appears to be sitting on a set of 20-inch wheels. Unfortunately, Bulletproof haven’t released details regarding engine performance just yet, we will have to wait for further details post SEMA.