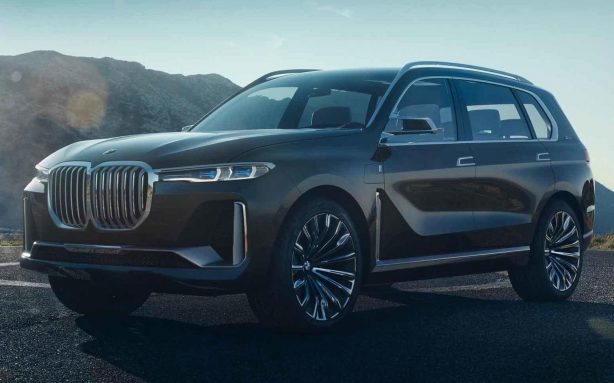 Leaked images of the BMW X7 Concept, or more appropriately BMW Concept X7, as BMW likes to name their show cars, has surfaced online ahead of the car’s debut at the IAA show in Frankfurt next week.

Posted by Bimmerpost, the images give us a pretty good indication of how the production car will look, and it’s going to be big! 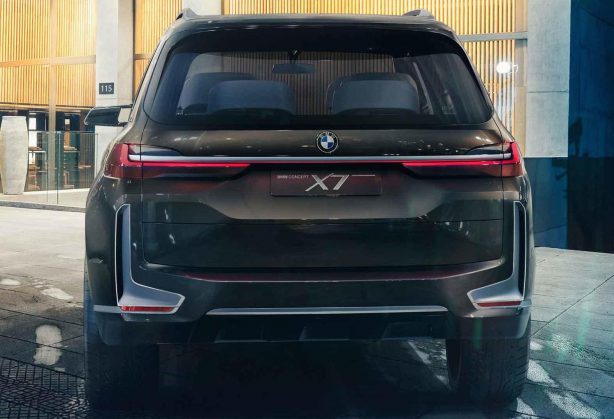 Sporting one of the largest kidney grille yet we’ve seen on a BMW, the flagship SUV certainly looks bold. The grille is made to look even larger by the pair of slender headlights with Munich’s latest daytime running light signature.

At the other end, the equally slender LED taillights is paired with vertical L-shaped vents on the bumper, echoing those seen in recent concepts such as the Z4 and 8 Series Concept.

The charging flap on the front fender and ‘eDrive’ badge on the D-pillars indicates that the show car is an iPerformance plug-in hybrid. 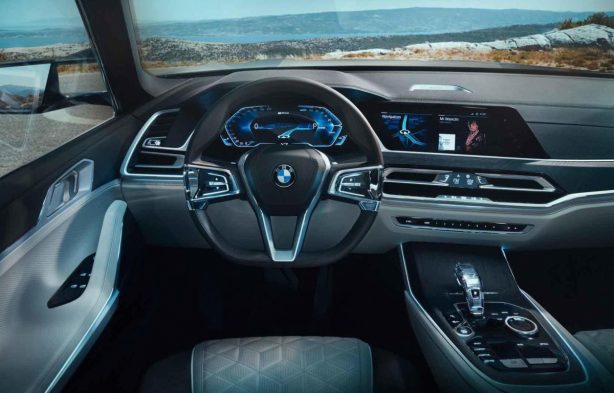 Inside, the almost production ready dashboard show us shows us what to expect in future BMWs.

When the BMW X7 hits series production, it will have seven seats and sit atop the BMW X5 as the flagship of the X range.

Previous Pumped-up Ford Ranger Raptor coming in 2018
Next Jaguar says in 2040, all you need is a steering wheel called Sayer