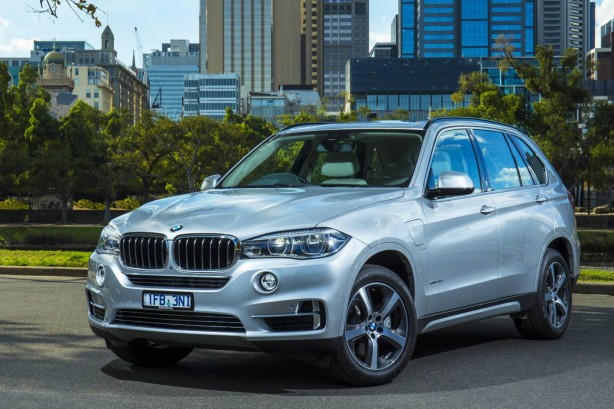 BMW’s first ever non i-badged plug-in hybrid car, the X5 xDrive40e, has arrived in BMW showrooms across Australia priced from $118,900 plus on-roads.

The first model to arrive here under the new iPerformance banner, the X5 xDrive40e pairs a 180kW/350Nm turbocharged 2.0-litre four cylinder engine with a 83kW/250Nm synchronous electric motor that drives through BMW’s xDrive all-wheel drive system – even in electric mode. Combined, the system serves up 230kW of power and 450Nm of torque.

The electric motor draws its power from a lithium-ion battery housed underneath the luggage compartment floor. It can be recharged by connecting to any standard domestic power socket or a BMW i Wallbox, as well as at public charging stations. 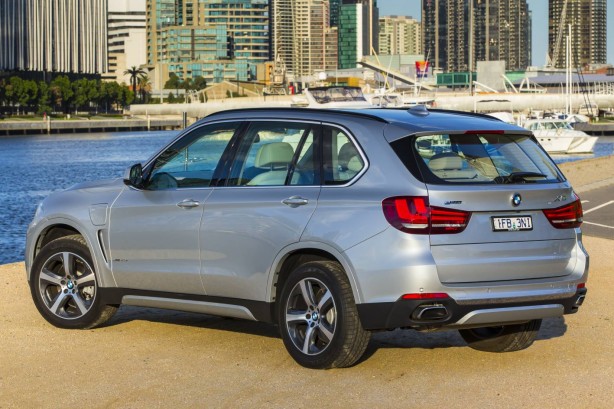 The drivetrain is able to power the BMW X5 xDrive40e from 0-100km/h in 6.8 seconds, while returning a combined fuel consumption figure of just 3.3L/100km. The five-seat SUV can also be driven purely on electric power up to 120km/h, with a maximum range of 31 km from a full charge.

The hybrid powertrain reduces the rear luggage capacity slightly due to the location of the battery pack. However, with its 40/20/40-split folding rear seat, the X5 xDrive40e still maintains the practical versatility of its siblings with a luggage capacity of between 500 and 1720 litres.

Exterior wise, there’s little differentiation between the plug-in hybrid X5 and the rest of the range, with the most noticeable feature being the charging connection for the battery located in the left front wing that features a blue light effect at the start of the charging process.

Subtle model badging on the lower front doors is complemented by an “eDrive” logo on the tailgate and doorsill strips, which also carry over the blue background colour theme.

The X5 xDrive40e will be joined in May by the 330e Sedan, the second iPerformance model in BMW’s line-up.