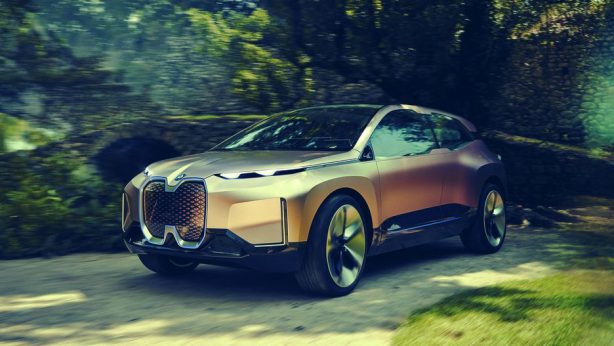 Just one day after photos of the BMW Vision iNext – the latest ‘Vision’ concept car from the Bavarian manufacturer – leaked online, the company has officially revealed the car it declares will provide its “building blocks for the future.”

Described by BMW CEO Harald Krüger as being the answer to the question of what a vehicle that no longer needs to be driven by a human but could be when desired would look like, it sounds as though the iNext, while still only a concept vehicle, has some chance of making it into production in 2021.

While it will remain to be seen if the futuristic features previewed on the iNext will translate to a production model, the electric crossover concept sports cameras in lieu of traditional wing mirrors, rear suicide doors, touch sensitive areas in place of door handles, and has no B-pillars – the telltale sign that what you see here is, ultimately, a concept car. 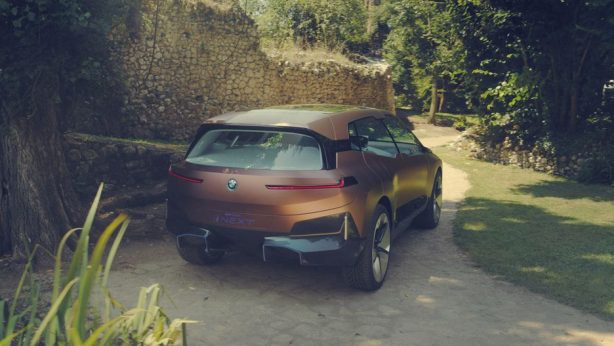 The exterior styling displays a lot of cues shown on other BMW Vision concept models, with a distinct joined kidney grille that stands out on the car’s front-end, rakish lights on both the front and back, and divots on the side windows where the front and rear doors meet.

Some elements of the gorgeous, minimalist interior might have a better chance of making it through to production, however. Described as a “modern, high-end living space” with seating for four, it boasts a patterned wooden floor, full panoramic glass roof, a centre console crafted from wood and crystal, and cloth upholstery for the seats and dashboard.

There’s also a pair of large screens on the otherwise sparse dashboard that also houses a retractable near-rectangular steering wheel that hides itself away when the car is being piloted autonomously. A built-in virtual assistant is also said to be featured, which responds to “Hey BMW” in a similar fashion to the recently announced Mercedes-Benz system. 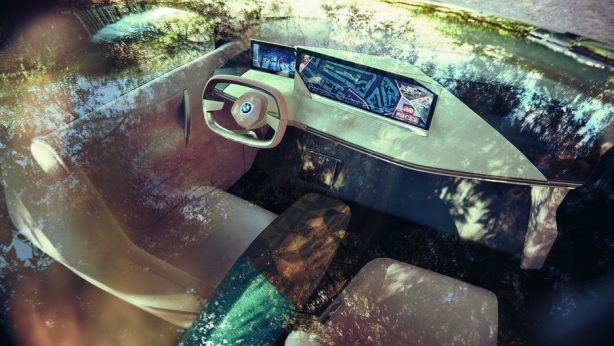 Although no details of the iNext’s drivetrain have been announced, other than that it will be a pure-EV, the company has optimistically claimed it will have a range of 700km.

Whether it’ll look like this or be named the iNext when it makes its way to production, there will at least be an electric crossover like this new concept making its way down BMW’s Dingolfing production line in 2021.

Before then, BMW is set to release two other pure-electric models – a three-door battery-powered Mini next year, and the iX3 in 2020 – as part of the company’s plan to offer 12 electric-only models by 2025.