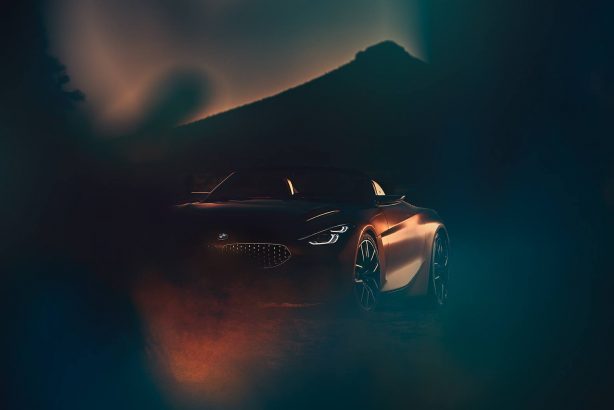 BMW has dropped a teaser image of a roadster concept which is set to preview the next-generation BMW Z4.

The concept features a stretched version of the Bavarian company’s kidney grilled, flanked by a pair of LED headlights with stacked LED running light – a first for BMW.

Along the sides, we can see a deeply sculpted front fenders and doors that flows into the muscular rear wheel arches. The concept also sports multi-spoke alloy wheels along with the inevitably slender concept car rear view mirror.

BMW Senior Vice President of Design, Adrian van Hooydonk says: “The concept expresses the new BMW design language from all perspectives and in all details. From the dynamic-looking front to the striking flanks to the clean-cut tail end: a few lines and the subtle interplay between surfaces are enough to generate a sense of power and emotion.”

The concept will make its debut at the Pebble Beach Concours d’Elegance tomorrow. BMW has also confirmed the production model, which is co-developed with Toyota, will bow in next year.