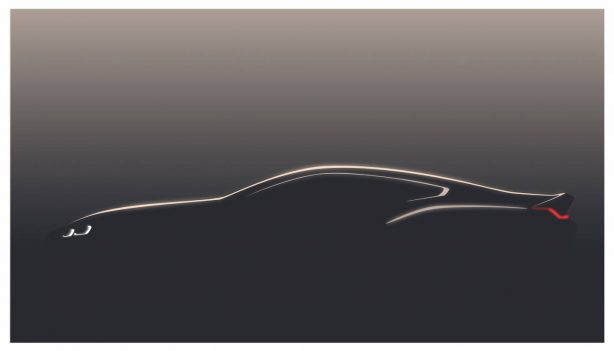 BMW has dropped the first official teaser of a new concept, which will provide a preview to the BMW 8 Series Coupe slated for 2018.

Announced at the brand’s Annual General Meeting today by the Chairman of the Board of Management of BMW AG, Harald Krüger, the concept is said to “embody uncompromising dynamics and contemporary luxury”, which the company says is the essence of a modern BMW coupe.

“The BMW 8 Series Coupe will build on our tradition of luxurious sports coupes and add a genuine dream car to our line-up – a slice of pure automotive fascination,” says Krüger, looking ahead to the new model. “The 8 Series Coupe will underpin our claim to leadership in the luxury segment. I can tell you today that this will be a true luxury sports coupe.”

Not much else has been revealed at this stage, but we have already seen spy photos of the 8 Series test mule. The 8 Series Coupe will compete head on with the Mercedes-Benz S-Class coupe. Therefore, we can expect similar levels of luxury and performance. The concept will make its debut at the Concorso d’Eleganza Villa d’Este on 26 May 2017.