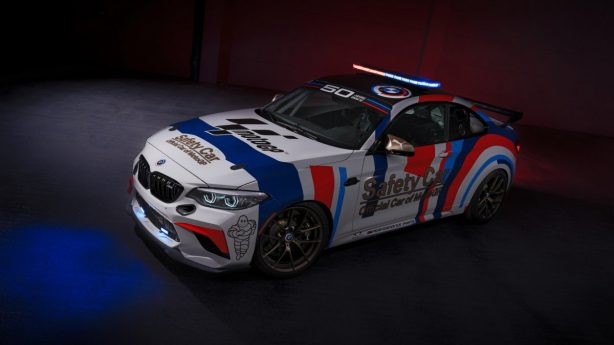 Fitted out with special livery and extra light bars for its new role, the car features a twin-turbo 3.0-litre straight-six that produces up to 331kW (444hp/450PS) depending on the setup. Compared to the road-going M2 CS, the track-only M2 CS Racing gets upgrade Drexler mechanical limited-slip differential with separate cooling, tweaked ABS and DCS, ZF Sachs dampers, adjustable anti-roll bars, and new engine mounts amongst others. 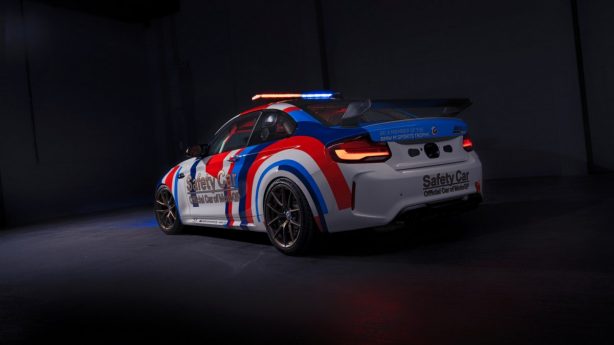 While it may soon be superseded by the impending launch of the brand-new M2, the M2 CS Racing is still a potent high-performance two-door coupe capable of fulfilling its new role.

It’s also not the first time an M2 has been used as a MotoGP safety car, as a non-CS version was enlisted in the 2016 season. In fact, BMW M has been a regular supplier to the race since 1999. Other than the M2 CS Racing, this year’s fleet includes the M3 Competition, M4 Competition, M5 CS and M8 Competition Gran Coupe safety cars. MotoGP also uses the X5 M Competition as a Medical Car. 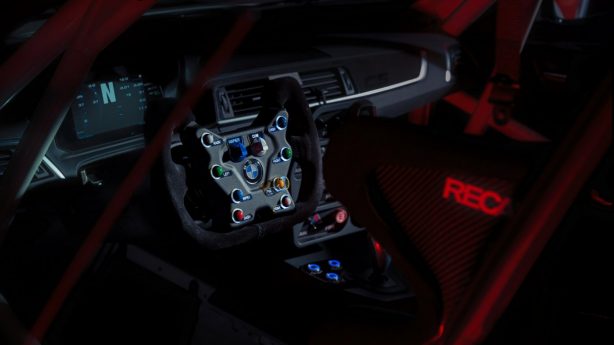 The M2 CS Racing MotoGP Safety Car will make its inaugural run at the Grand Prix of Qatar on March 6.