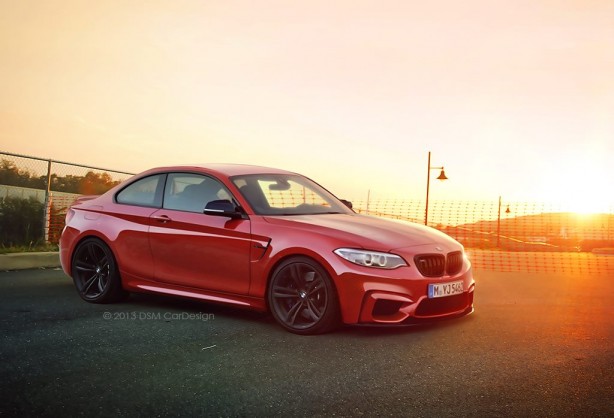 When the BMW M2 Coupe arrives in late 2014, it will face some of the toughest opponents that are already taking up big slice of the market share – Mercedes CLA 45 AMG and Audi RS3.

DSM CarDesign has taken the recently unveiled 2-Series coupe as the basis for a first illustration on the M2 Coupe (pictured above). As a successor to the 1M Coupe, the M2 is expected to have beefed up wheel fenders, deeper front and rear bumpers, and a 4-Series style air-breather behind the front wheel fenders. 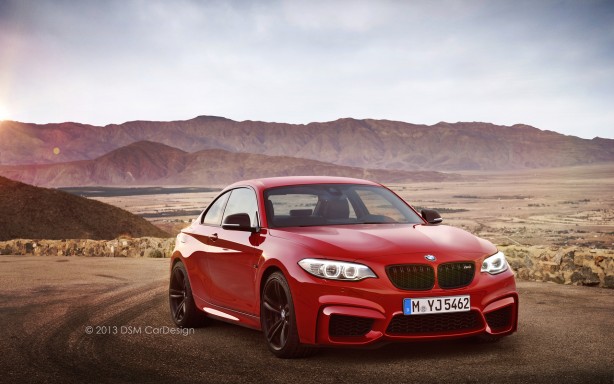 BMW has kept the M2 Coupe’s technical a heavily guarded secret but look out for a more powerful version of the 240 kW turbocharged 3.0-litre inline six-cylinder found in the M235i Coupe.

With reports that the M235i Coupe is already packing enough performance to match the Nurburgring lap time of the 1M Coupe, things are so far looking positive for BMW to take on its fellow all-wheel-drive German rivals.