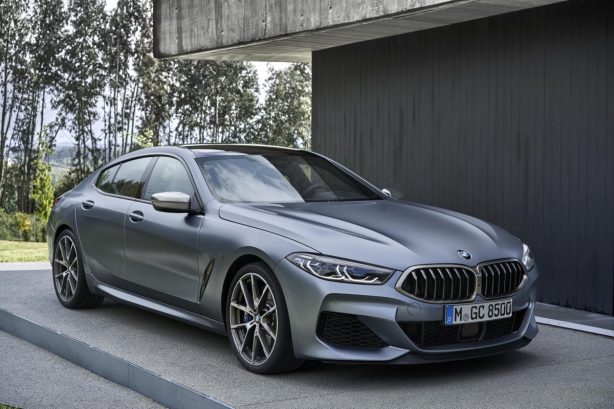 BMW is forging ahead with its model offensive in the luxury segment with the unveiling of the 8 Series Gran Coupe, the third variant to join the flagship 8 Series range, after the launch of the 8 Series coupe and convertible late last year.

Three engines will be available from launch in September 2019. The 390 kW/750Nm 4.4-litre twin turbo V8 petrol engine in the BMW M850i xDrive Gran Coupe takes to the stage with characterful power delivery and a soundtrack to match.

The BMW 840i Gran Coupe and 840i xDrive Gran Coupe are fitted with a 3.0-litre six-cylinder in-line turbo petrol engine developing 250 kW/500Nm.

The four-door coupe concept has been translated into a body of standout pomp and progressiveness. The four-door model has a 3,023-millimetre wheelbase – an increase of 201 millimetres over the BMW 8 Series Coupe – and measures 5,082 millimetres in length (+ 231 mm), 1,932 millimetres in width (+ 30 mm) and 1,407 millimetres in height (+ 61 mm). The Gran Coupe’s front section is identical to the 8 Series Coupe’s design up to the point where the A-pillars start. The wide, low-slung front end exudes sporting intent and a confident presence. Adaptive LED headlights are fitted as standard. The optional BMW Laserlight with Selective Beam produces a high-beam range of around 600 metres. 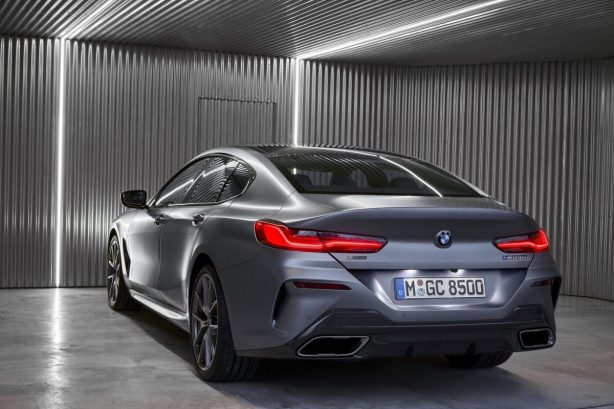 As well as its distinctive proportions, the design of the new BMW 8 Series Gran Coupe’s flanks and rear end also clearly distinguishes it from its 8 Series stablemates. Because the windscreen frame is more upright, the roofline is also higher, meaning additional headroom in both the front and rear. The roofline merges into the tail in a graceful sweep, via a fin-shaped transition in the vicinity of the C-pillars that emphasises the elongated silhouette.

The powerfully flared wheel arches and wide track also play a defining role in the form of the rear end. Horizontal lines and sculptural surface contours give the tail a broad but also light appearance. The slim all-LED rear light clusters extend deep into the flanks. And twin exhaust tailpipes with a trapezoidal contour are positioned either side of the rear apron’s lower section.

The distinctive style of the new BMW 8 Series Gran Coupe is also expressed in the design of its interior. The extra length of the wheelbase and generously sized door apertures give passengers in the rear unprecedented legroom for a BMW coupe – and they are able to get in and out more easily than ever as well. Those in the rear seats also benefit from substantially greater shoulder room and headroom than in the two-door version of the new BMW 8 Series, making the second-row seats even more comfortable to travel in. 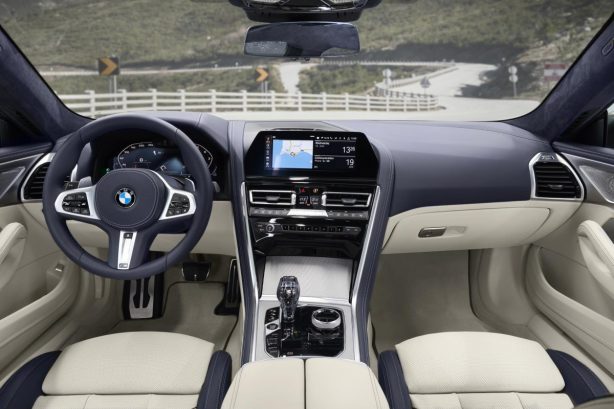 The optional panoramic glass roof helps to give the interior of the new BMW 8 Series Gran Coupe an exceptionally light-filled feel. It is particularly generous in width and its glass surface area measures around 1.5 square metres. The result is an unbroken glass surface extending from the windscreen to the rear window.

A four-zone automatic climate control system and electric sun blinds for the rear side windows and rear window are both available exclusively for the four-door variant in the new BMW 8 Series line-up.

The imposing power delivery of the 4.4-litre V8 engine in the new BMW M850i xDrive Gran Coupe is accompanied by a character-rich soundtrack further amplified by the M Sport exhaust system. With its maximum output of 390 kW/530 hp and peak torque of 750 Nm (553 lb-ft), the new V8 engine in the BMW M850i xDrive Gran Coupe accelerates from 0 to 100 km/h (62 mph) in 3.9 seconds.

Thrilling instant response and an unmistakable appetite for revs are the signature character traits of the new six-cylinder in-line petrol engine fitted in the BMW 840i Gran Coupe and BMW 840i xDrive Gran Coupe models.
It produces maximum output of 250 kW/340 hp and torque peaking at 500 Nm (369 lb-ft).

The 3.0-litre unit with BMW TwinPower Turbo technology weighs in at around six kilograms less than the engine it replaces and makes its mark with noticeably enhanced elasticity throughout the rev range.

The 3.0-litre straight-six diesel unit gracing the new BMW 840d xDrive Gran Coupe comes with all the right tools for the job. Maximum output of 235 kW/320 hp and peak torque of 680 Nm (501 lb-ft) create an engine equally as adept when cruising effortlessly at low revs and putting in a powerful burst of speed. The BMW 840d xDrive Gran Coupe races from 0 to 100 km/h (62 mph) in 5.1 seconds. 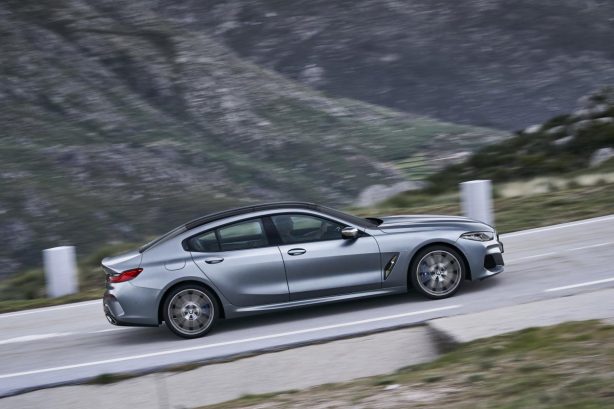 All of the engines available for the new BMW 8 Series Gran Coupe are linked up with an eight-speed Steptronic Sport transmission, which comes with shift paddles on the steering wheel as standard. The latest generation of BMW xDrive intelligent all-wheel drive ensures that drive power is channelled onto the road with supreme dynamism and assurance. The system’s rear-wheel-biased setup provides exceptional agility and precision in dynamic handling situations.

The BMW 840i Gran Coupe sees the power generated by its six-cylinder in-line petrol engine sent to the rear wheels alone. The BMW 840i Gran Coupe’s standard M Sport differential with active locking function at the rear axle adds an extra layer to the sense of BMW driving pleasure in its classical form. The M Sport differential is also part of specification on the BMW M850i xDrive Gran Coupe.

Among the systems on the options list are Active Cruise Control with Stop & Go function, Driving Assistant Professional (which also brings steering and lane control assistant, among other tech), and the BMW Night Vision system. Among the features of the likewise standard Parking Assistant are the rear-view camera and the reversing assistant.