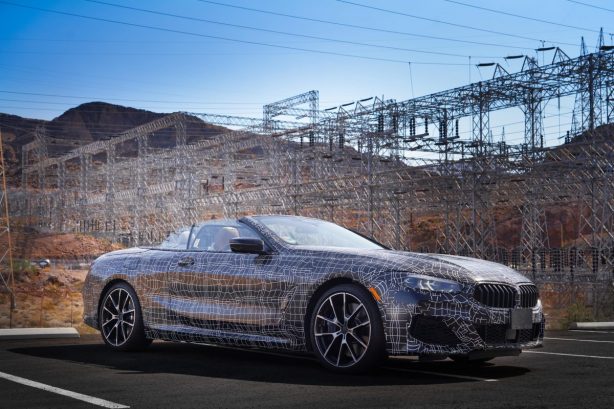 BMW is undertaking development of a further model variant of the new BMW 8 Series coupe. With intensive function trials and test drives between Las Vegas and Death Valley in the USA, the critical phase in the series development for the upcoming 8 Series Convertible has now begun.

The results of so-called hot climate testing in the Western United States provide important insights into the functional safety of mechanical and electronic components under extreme weather conditions.

Temperatures of more than 50 degrees Celsius, extreme dust formation on the edge of the desert, stop-and-go traffic on the Las Vegas Strip, gravel tracks around Mount Whitney and long-distance journeys between the Pacific coast and the Rocky Mountains characterise the challenging test programme for the new BMW 8 Series Convertible on its way to production. 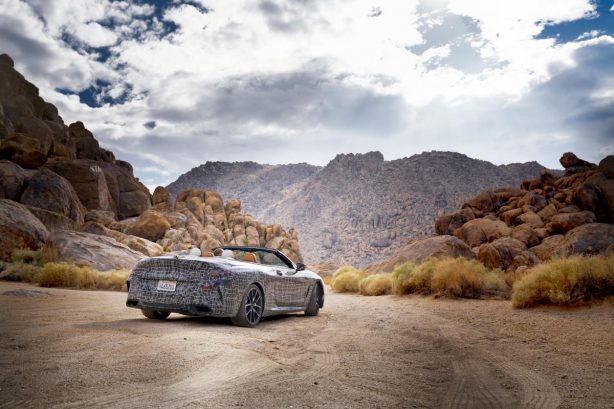 The new 8 Series convertible is expected to share the same drivetrain as its coupe counterpart, which is available with a petrol and a diesel powerplant, both paired to BMW’s xDrive rear-biased all-wheel drive system and 8-speed automatic transmission.

BMW’s 8 Series convertible is expected to debut in early 2019.