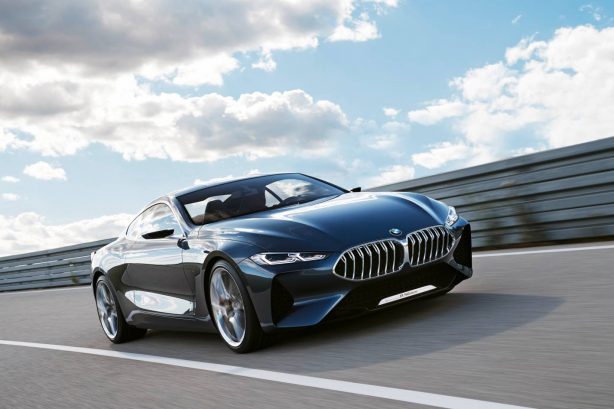 The highly anticipated BMW 8 Series flagship coupe will be unveiled in concept form at this weekend’s Concorso d’Eleganza Villa d’Este in Lake Como, Italy. And first photos of the concept has been unveiled, serving as a taster for the forthcoming BMW model.

Slated for launch in 2018, the revived 8 Series Coupe is BMW’s long awaited answer to the Mercedes-Benz S-Class Coupe, which has largely been unchallenged in its segment for quite sometime. The new flagship coupe is part of the biggest model offensive in BMW’s history. The “Number One – Next” strategy sees the BMW Group aiming to significantly increase sales and revenues in the luxury class, and BMW says the 8 Series Coupe plays an important role here. 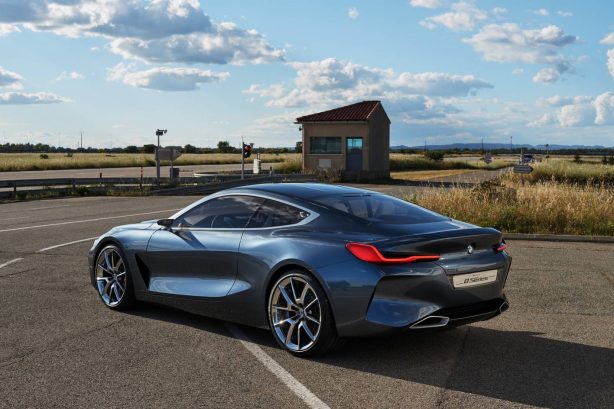 “The number 8 has always represented the pinnacle of sports performance and exclusivity at BMW,” explains Chairman of the Board of Management of BMW AG Harald Krüger. “The forthcoming BMW 8 Series Coupe will demonstrate that razor-sharp dynamics and modern luxury can go hand-in-hand. This will be the next model in the expansion of our luxury-car offering and will raise the benchmark for coupes in the segment. In the process, we will strengthen our claim to leadership in the luxury class.”

The BMW Concept 8 Series reveals much of what is to come. “The BMW Concept 8 Series is our take on a full-blooded high-end driving machine,” says Adrian van Hooydonk, Senior Vice President BMW Group Design. “It is a luxurious sports car which embodies both unadulterated dynamics and modern luxury like arguably no other. For me, it’s a slice of pure automotive fascination.” 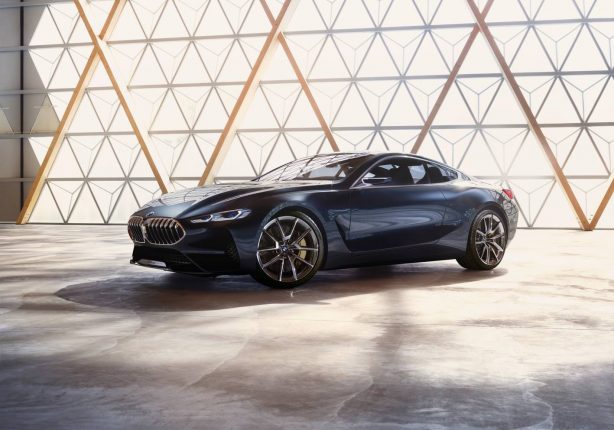 BMW has until now not considered a rival to the Porsche 911, but with the arrival of the highly successful Mercedes-AMG GT, which is in the same league as the 911, BMW had no choice but to make the next 6 Series its two-seater sports car. This in turn leaves room for the brand to bring back the 8 Series to takeover as its larger, heavier GT model.

Taking inspiration from the BMW i8 hybrid supercar, the silhouette of the 8 Series Concept spreads low and wide. Its long bonnet and flowing roofline bring dynamic allure to the car’s flanks, while the striking upward sweep of the concept’s trailing edge provides another sporting flourish.

“The design of the BMW Concept 8 Series provides a fresh interpretation of iconic BMW styling cues,” adds van Hooydonk. “And it also showcases a new approach to the use of forms which is reflected particularly prominently in the car’s surfacing. A handful of crisp lines mark out clear surfaces, and the car’s volumes are powerfully sculpted. Together, these elements make a forceful statement and create a model brimming with character. In short, this is a driver’s car.” 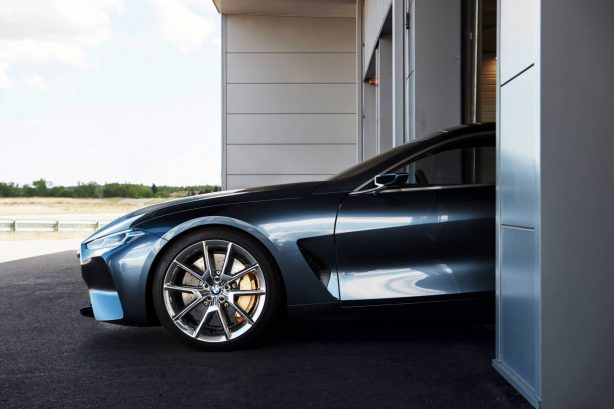 Inside, occupants will be treated to a host of sporting and luxurious details, including a carbon fibre shell, Merino leather in Dark Brown and Fjord White, and accent surfaces in carbon fibre and hand-polished aluminium. Elsewhere, a faceted ground gearshift lever and the iDrive Controller made from Swarovski glass with a smoky quartz look treat the interior to some modern and classy finishing touches.

Alongside the ongoing development of the standard 8 Series, the engineers at BMW M are also working flat out on the M model, a direct rival to the Mercedes-AMG S63 Coupe. A fully camouflaged, early prototype of the future BMW M8 will be unveiled in a driving presentation as part of the support programme for the Nürburgring 24-hour race.

Classical M features like larger air intakes, modified brakes and a sports exhaust with four tailpipes hint at the significantly boosted power and dynamic potential of the new M8. Expect the performance flagship to share the same drivetrain as the next-gen M5 – a biturbo 4.4-litre V8 petrol engine tweaked to deliver around 458kW, paired with BMW’s xDrive all-wheel drive system.