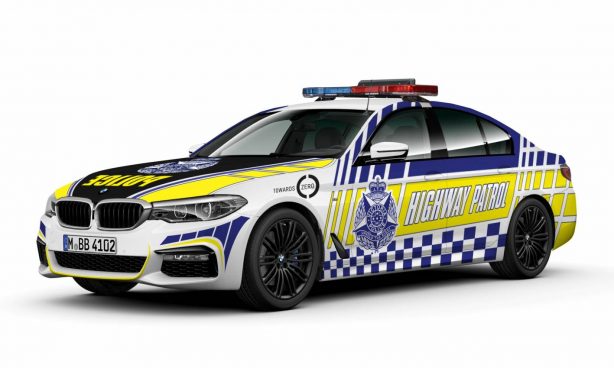 The sight of a BMW police vehicle on Australian roads will become a common scene in the not too distance future, as BMW Australia has today announced that it will supply up to 80 BMW 5 Series sedans to the Victorian Police Highway Patrol force by the end of 2018. 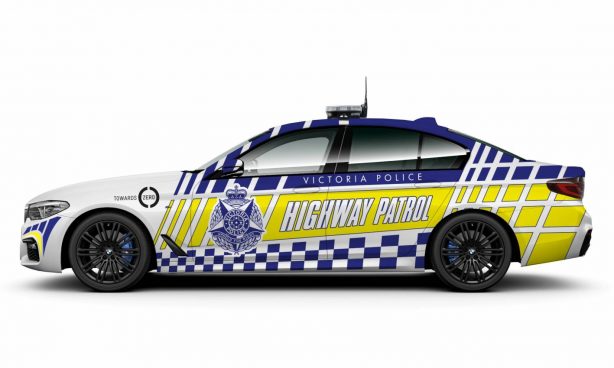 “Lauded by media and customers alike for its combination of performance, safety and efficiency, the new BMW 5 Series range is a natural fit for police duty,” said BMW Group Australia CEO Marc Werner of the announcement.

BMW says to ensure maximum cost effectiveness, the 195kW and 620Nm BMW 530d, which can sprint from 0 to 100km/h in 5.7 seconds and retails for $119,990 in Australia, was selected. It will be presented to Victoria Police in an entry-level specification, eschewing some of the higher-end luxuries found on the regular production model in favour of a factory-fitted ‘police pack’ which prepares the vehicle for heavy-duty operations. 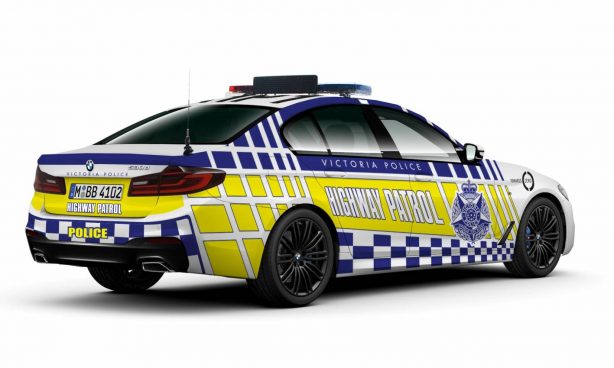 Along with the announcement, BMW has also released images of the 530d Highway Patrol car, which can be seen completely decked out with flashing strobes, antennas and Highway Patrol livery.