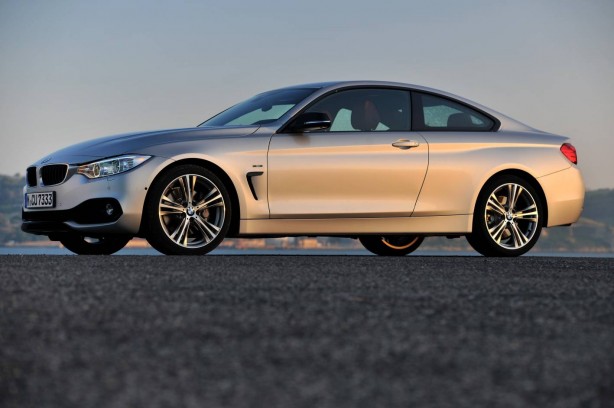 The BMW 4 Series Coupé will arrive in Australia in mid-October. It is the latest nameplate to join the BMW range, with the 2 Series to follow suit next year. They are essentially the coupé and cabriolet siblings of the 3 and 1 Series respectively.

According to BMW Group Australia Managing Director, Phil Horton, the ‘4’ in the model designation signals the outstanding styling and premium positioning of the new model.

“The all-new BMW 4 Series Coupé is, quite simply, a beautiful vehicle. It’s obvious from the first glance that this new coupé possesses the dynamic styling and elegant design worthy of a new BMW Series,” he said. 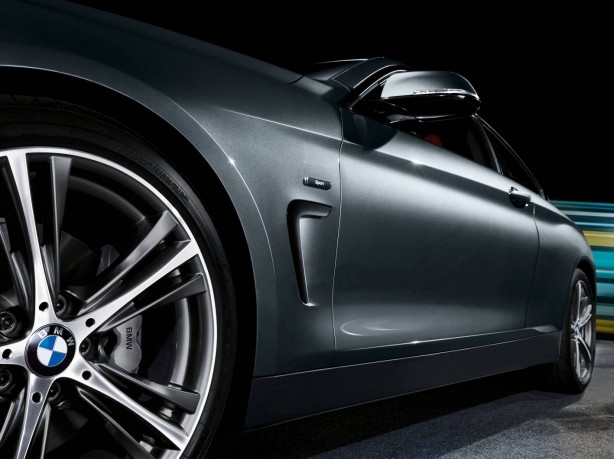 Compared to the 3 Series, the new BMW 4 Series Coupé ‘s design is more muscular, with a large, wide air-intake in the front apron which accentuates the vehicle’s increased width. The air-intake is capped at both ends by apertures for aerodynamically motivated air-curtains which are complimented by air-breathers located just behind the front wheels.

Although sharing the 3 Series ‘platform, it has been stretched by 50mm in the 4 Series Coupé. The latter’s front track has also been increased by 45mm, while at the back, it is a full 80mm wider.

Refinements have also been made to the suspension of the vehicle, including fine-tuning of the springs and damping, axle kinematics and elastokinematics, as well as providing additional strengthening elements in the front section of the car. 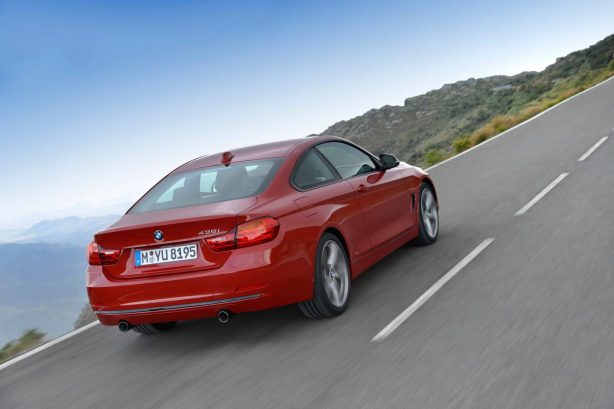 There are three models in the 4 Series Coupé range, starting with the 420d Coupé which is priced from $73,200 plus on-road costs.

All models are matched with an 8-speed Sports Automatic transmission as well as Auto Stop/Start, Brake Energy Regeneration, ECO PRO mode and on-demand ancillaries such as electric power steering. 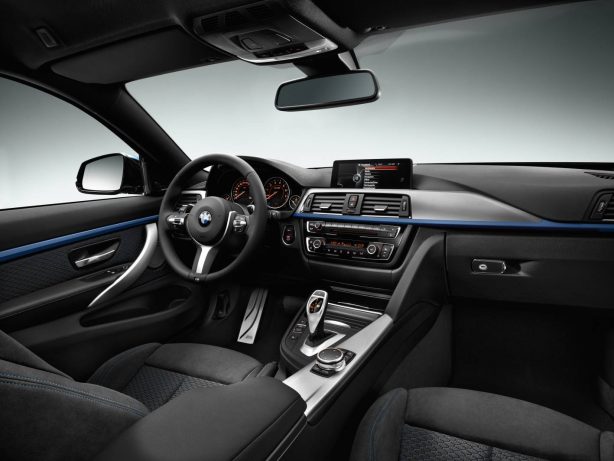 Stepping up to the 428i adds anti-dazzle interior and exterior mirrors, electric lumbar support for the front seats, a nine-speaker audio system, 8.8” display, Professional navigation system with DVD drive and 20GB hard drive for music storage as well as internet functionality.

Both the 420d and 428i Coupé’s also include either the ‘Sport Line or ‘Luxury Line’ as standard. The ‘Sport Line’ features specific high-gloss black for the front and rear bumper trims, kidney grille, b-pillar trims and window recess covers with a black chrome trim for the exhaust tip. Inside, there’s chrome pearl grey surrounds on air-conditioning and radio controls, sport leather steering wheel with red contrast stitching, high-gloss black interior trim with coral red accent lines and the choice of black leather upholstery with red stitching or coral red upholstery with black stitching. The 420d Coupé will also receive 18-inch double spoke style alloy wheels with the 428i Coupé getting 19-inch alloy rims in star-spoke styling.