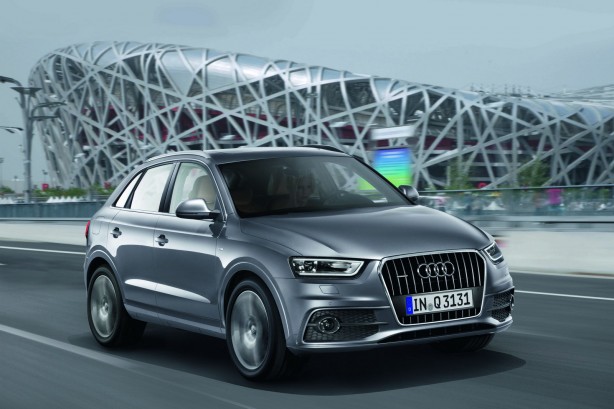 Just a few days ago, we brought you the sketches of Audi’s new Q3 compact SUV. The company has now released official photos and details of the BMW X1 contender ahead of its public debut at the Shanghai Auto Show.

The Q3 will sit below the larger Q5 and Q7, and shares its underpinnings with the Volkswagen Tiguan. The Q3 is probably the best looking sibling amongst the three, with a smaller grille and wedge-shaped headlamps. In profile, it is also less cumbersome than the bigger SUV’s, especially the Q7.

To keep the car’s weight in check, Audi has used a combination of materials. The engine hood and tailgate are made of aluminium, while the passenger compartment is constructed of a variety of ultra-high-strength steels.

As stated in my previous post, the Q3 will be powered by a pair of petrol and a single diesel engine. A second more efficient but less powerful diesel engine will be available later down the track. All four of the 4-cylinder engines will displace 2.0-litres.

Similarly, the 2.0 TDI engines will have two states of tune as well, with 132kW and later on, 104kW. The 104kW powerplant is paired exclusively with front-wheel drive only and will return a combined fuel economy of less than 5.2l/100km. 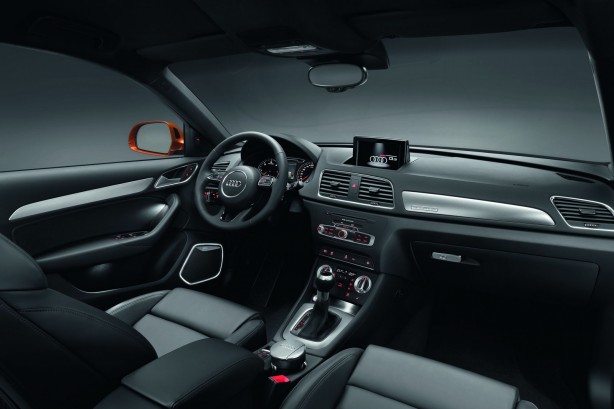 Interior wise, we expect nothing less than perfect from an Audi and the Q3 does not disappoint, with clean modern lines and seating for five. As is typical of prestige German marques, the standard equipment list is complemented by an even more extensive option list, including an on-board computer with efficiency programme, an ambient lighting package with a range of LEDs, a panoramic glass sun roof, a storage package, sports seats and a three-spoke leather steering wheel in a new Q-specific look.

The Q3 will go on sale in Europe in June this year, followed by the rest of the world in a few months.