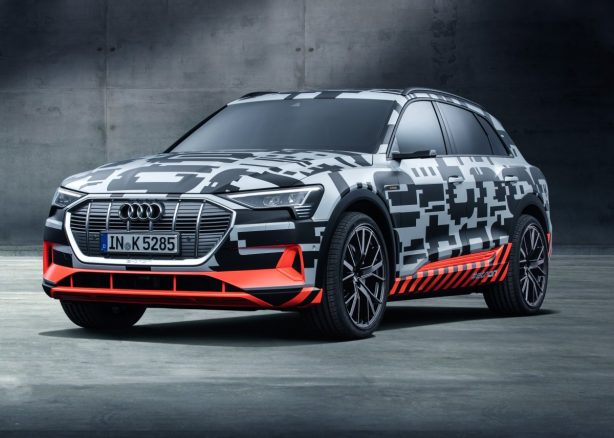 Audi has unveiled its first all-electric model, the e-tron prototype. Set to enter production by the end of the year, the emission free SUV is designed to combine the space and comfort of a typical luxury car with a range suitable for everyday use.

Until the start of series production, almost 250 development vehicles will complete testing under extreme conditions worldwide. Specially camouflaged prototypes kick off the chase for the most spectacular photos.

The production version of the Audi e-tron prototype can fill up on electricity at fast-charging stations, with up to 150 kW charging capacity. In just under 30 minutes, the SUV is then ready for the next leg of the long-distance journey. The electric quattro drivetrain catapults the four-wheel drive into a new age and ensures strong performance on any terrain. The production version of the Audi e-tron will be launched on the European market at the end of 2018. The car is produced at the carbon-neutral plant in Brussels. 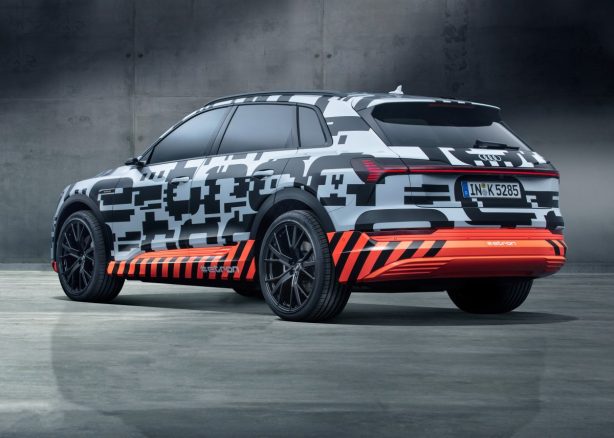 The e-tron prototype will be the first of a series of production electric models from Audi, as the company outlines its plan for the future.

“Audi sets an important milestone for the company’s future with its first purely electrically powered model,” said Rupert Stadler, Chairman of the Board of Management of AUDI AG.

“In 2020 we will have three all-electric vehicles in our product range, with a four-door Gran Turismo – the production version of the Audi e-tron Sportback concept – and a model in the compact segment joining the sporty SUV. We will be launching more than 20 electric cars and plug-in hybrids by 2025 – spread across all segments and concepts.”

Until the first electric model of the brand with the four rings is launched at the end of the year, the electric SUV will complete test drives on four continents. Whether in the cold of Scandinavia or the heat of Africa, in the mountainous altitudes of Asia or on the north loop of the Nürburgring, in the stop-and-go traffic of major Chinese cities or on American highways – the purely electrically powered SUV has to prove its all-round qualities in uncompromising practical tests under extreme conditions.

For far too long, Audi has been watching rivals BMW and Mercedes-Benz racking in from …