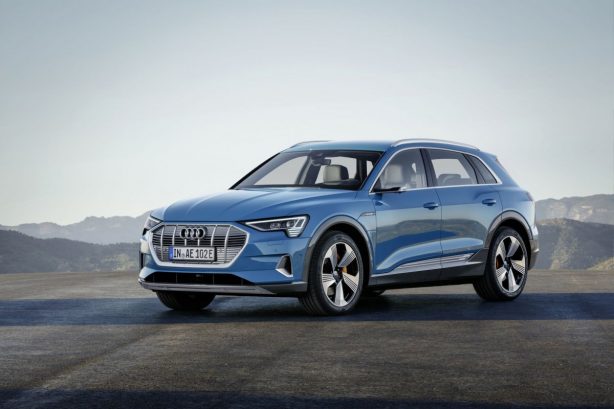 Audi has finally unwrapped its first all-electric model, the e-tron SUV which is set to go head-to-head with the Mercedes-Benz EQC, Jaguar I-Pace and Tesla Model X in the electron race.

Billed as a “spacious five-seater, electric mid-sized premium SUV that is very well equipped to meet premium buyer expectations,” the all-wheel drive e-tron SUV is powered by two asynchronous motors – one on each axle – in conjunction with a generous 95 kWh battery pack.

The e-tron’s battery pack also supports DC fast charging of up to 150kW – an industry first. This enables the battery to be recharged to 80 per cent capacity in just 30 minutes. To further increase efficiency, most of the power comes from the rear motor at moderate speeds. 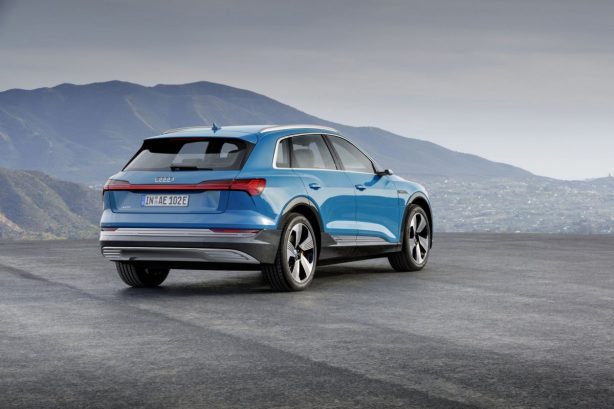 The electric motors also act as an energy recuperation system, which recovers energy when the driver releases the accelerator and when the brake pedal is depressed. Audi says the system is responsible for as much as 30 per cent of the e-tron’s range, depending on the driving conditions.

Interestingly, the company has not revealed the e-tron SUV’s range, although some reports suggest around 402km on a single charge. 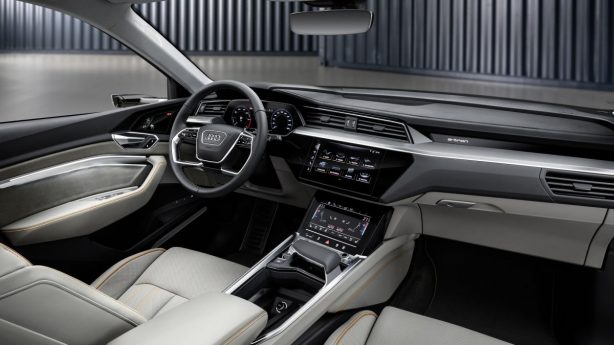 Drivers can choose from seven driving modes, ranging from comfortable to efficient and sporty. Its suspension system will also adjusts the vehicle’s ride height by up to 76mm depending on the speed and how the vehicle is being driven.

One of the e-tron’s highlight is its Virtual Mirrors which replaces the traditional wing mirrors with door mounted cameras that project live images onto small displays inside the car.

The Audi e-tron will go on sale in Europe at the end of 2018 and is the first of a series of production electric models from Audi. We can expect the model to arrive locally towards the end of 2019.